Pantoja proved to be the more active and agrressive fighter tonight. He spoiled Kape's octagon debut. 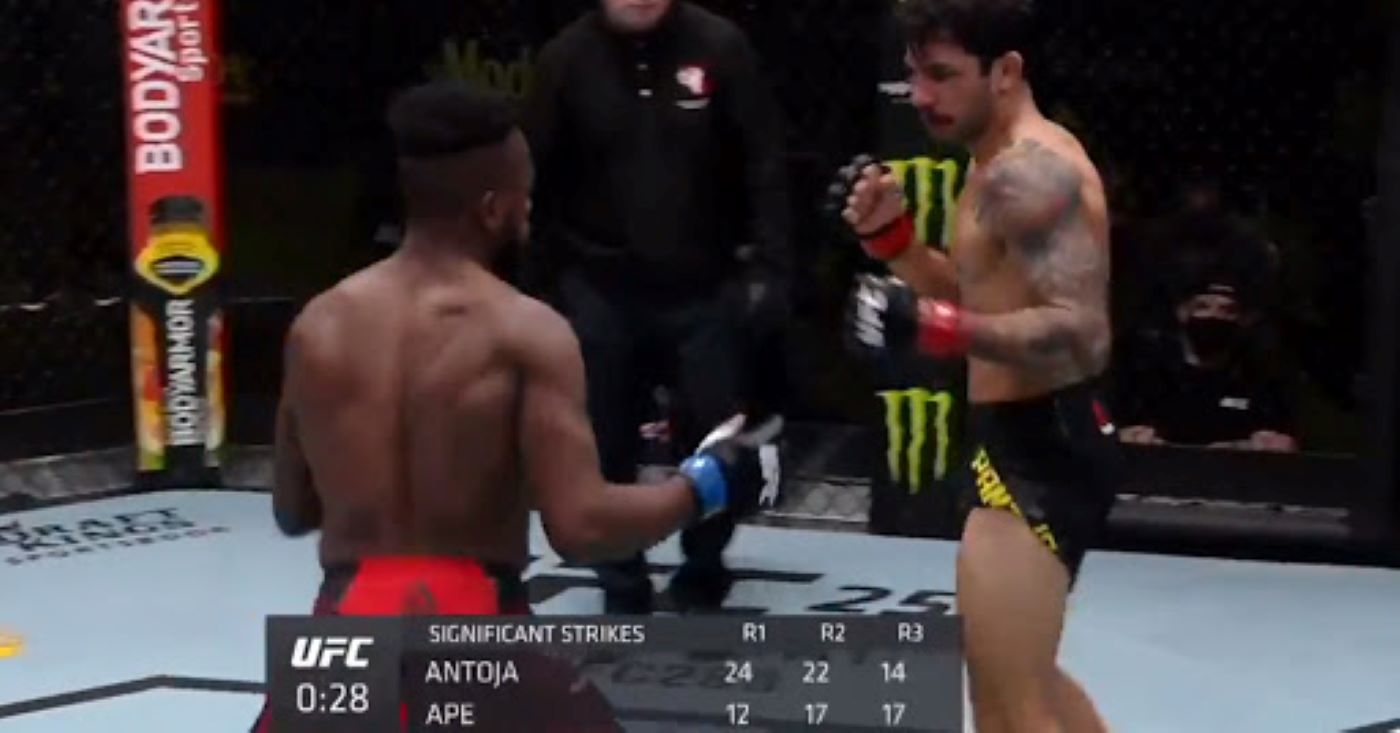 The UFC is back in action tonight (Sat., Feb. 6, 2021) from inside APEX center in Las Vegas, Nevada with an outstanding card. Up next, the flyweights take the stage. Former Rizin champion Manel Kape (15-4) makes his octagon debut against top contender Alexandre Pantoja (22-5).

Pantoja comes out aggressively and takes the center of the cage. He lands a body kick and eats a left hand from Kape who sticks and moves from the outside. Kape catches Pantoja with a counter right hand and defends a single-leg attempt. Leg kicks land for Pantoja, Kape comes back with a jab. Kape makes Pantoja miss with his kicks but doesn’t throw anything back. Right hand for Kape followed by a left hook. Body kick lands for Pantoja, wheel kick misses for Kape who ends up on the ground.

Body kicks land early for Pantoja, he keeps the pressure on Kape. Kape comes back with a right hand and a leg kick of his own. Pantoja lands a leg kick and eats a right hand. Kape eats yeat another body kick, those seem to land for Pantoja. Kape counters Pantoja with a combination. Nice right hand by Pantoja as Kape tries to pressure him. Both fighters land in the pocket. Big counter shot lands for Kape who then takes down Pantoja.

Non-stop final minute! How'd you score this one? 🗳 #UFCVegas18 pic.twitter.com/2h6CT9fGdq

For his people! @PantojaMMA once again proves he belongs 👏 #UFCVegas18 pic.twitter.com/RWwWXzkgjL