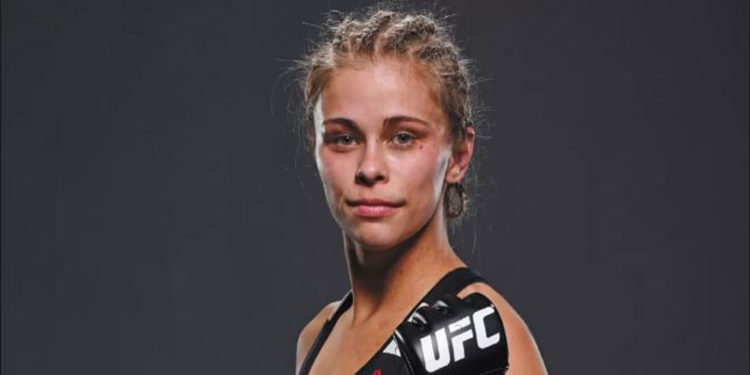 Looks like 125-pound division won’t be enough for Paige VanZant anymore. She has never hidden her troubles with getting the desired 115 pounds to fight Strawweight. However, she has decided to share her scary stories with BBC. (quoted by MMAMania.com)

”I was having different issues with myself and my body” Paige said. “I was giving myself an eating disorder to make the weight. I recently went up to the flyweight division which is 10 lbs (4.5kg) heavier, which is a huge difference.”

Paige VanZant claims she is grateful to Urijah Hall for helping her realize how dangerous that weight cut can be. Hall was recently pulled out of the fight on a weigh-in day because of the seizure. Paige was there to see everything.

”I was at a fight where a fellow UFC fighter, Uriah Hall, was cutting weight and he pushed himself just to the brink of death,” she said. “He had kidney failure and started seizing in the hallway right in front of me. It’s because of that I’m like ‘I can’t do this anymore.”

Weight cutting is a serious problem lately. Fights are continuing to fall out at the last minute. Some fighters even drop up to 30 pounds of excess weight. Even the smallest problem might mean missing weight or a health issue. California has tried to determine some procedures recently and ban fighter dehydration, however, Paige VanZant still believes that fighters must decide on their own.

Paige VanZant Fires Back At Dana White Over Free Agency Comments: ‘I Thought We Were Closer Friends Than That’

Tim Kennedy Stands With PVZ, Says He Could Have Made More Money ‘As A Garbage Truck Driver’ Than In The UFC