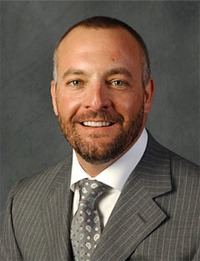 Remember that one time yesterday when the owner of the UFC was all like ‘Fedor is irrelevant’ and ‘Fedor wants to use UFC for a fight to be relevant’? Well Fedor must have knocked on Lorenzo Fertitta’s door (told you so) and upon gazing at The Last Emperor, Fertitta has reversed his words faster than that chick who invited you over to watch ‘The Holiday‘. Faster than that one time you got pulled over for a drinking and you told the cop you werent drunk but then you failed to realize the bottle of Mickeys in your lap. Faster than when a stripper asks if you want a lap dance but then tells you its $80 per song (after you’re already 3 songs deep).

First Dana White said that he wanted nothing to do with Fedor then shortly after Brock because the undisputed UFC Heavyweight champion, Dana White said he that he wants Fedor in the UFC. Everything was good until the owner of UFC, Lorenzo Fertitta publicly said that Fedor was irrelevant based on the audience numbers he pulls. Now Lorenzo has said that not only is Fedor very relevant, but he wants Fedor in the UFC. [Source]

“We can figure something out”

“I think we need to have a situation where at least 90 or 120 days before he’s signed a contract to fight, he shouldn’t be out there competing in events like that because I don’t want to take the chance of him getting hurt.”

“I think if he knew what we offered, he would have been here a long time ago . . . we’ve never met Fedor. I want to sit down. I want to talk to him and that’s part of the problem. We’ve never even met the guy.”

We still think that MiddleEasy.com’s ‘Top Ten Reasons Why Fedor vs. Brock will never happen‘ are like the MMA ten commandments by now. If you havent checked them out then turn off The View, and read why this match up will never happen. While you’re at it, be sure to DVR today’s episode for me. I really want to see Meredith’s perspective on Michael Jackson’s death (for the 88th day in a row).

"I Drank So Much That I Forgot My Whole Name" - GSP
← Read Last Post
Fedor says he doesnt watch MMA
Read Next Post →
Click here to cancel reply.