Owen Roddy believes that Conor McGregor is in top form and can't see a way for Dustin Poirier to defeat him at UFC 257. 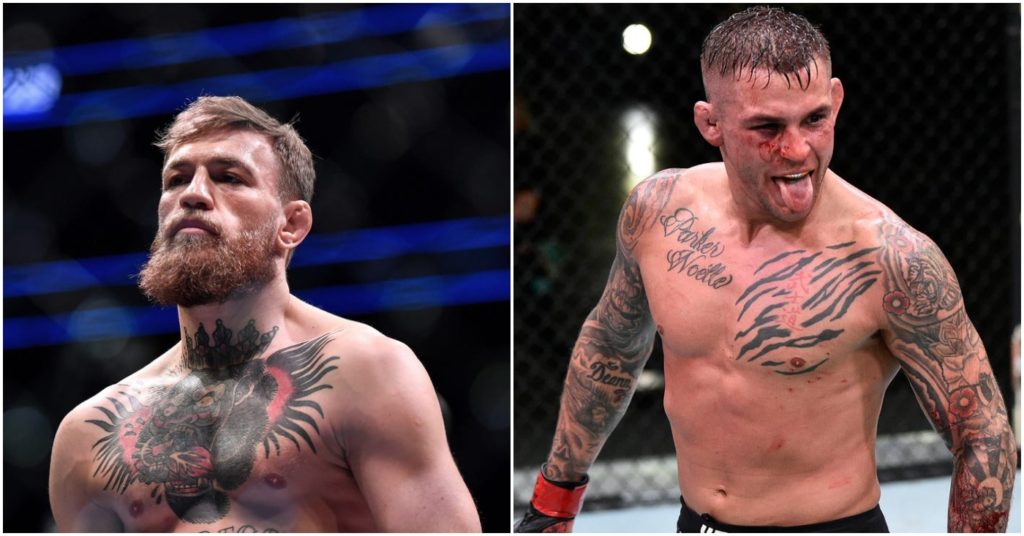 While Jake Paul is focusing on fighting Conor McGregor, Conor and his camp are focused on Dustin Poirier. In fact, Conor’s boxing coach Owen Roddy is so comfortable in the Irishman’s ability, that he sees absolutely no path to victory for Poirier.

Dustin Poirer lost his first fight against Conor McGregor back at UFC 178. Conor was able to successfully defeat Dustin in the first round via TKO. Now, the pair are set to rematch each other seven years later, and McGregor’s coach believes that Conor will be even more dominant than he was before.

Coach Owen Roddy spoke with The Bash MMA. During the conversation, he made it clear that he has full faith in Conor to win.

“A killer. Honest to God just a stone-cold killer. One, he’s coming off the Cerrone camp, he was in great form, he was motivated, he was in a good place,. Then he wanted to go on this run throughout the year, and COVID messed it all up for everybody, but he didn’t stop training,” said coach Owen.

“He hasn’t stopped. He’s been very active, working all areas of mixed martial arts, and you can see that now. He’s in the best shape I’ve ever seen him in my entire life.”

“I think Poirier has improved an awful lot since that first fight. I think Conor has improved more since then, as well, you know. They’re definitely two better fighters than they were when they first met, but I still think Conor is just the better fighter,” Roddy explained. “I think he’s too precise. Poirier, his skills have definitely improved. His hands are very good, he’s tough, he’s durable, he sets a good pace, but I just don’t see where he beats Conor, I just don’t see it. Conor’s just too good everywhere, too precise and too clinical with his striking.”

Both men will enter the octagon in peak form with their last performances inside of the cage exhibiting dominant wins. Conor only took 40 seconds to dismantle and knock out Donald Cerrone at UFC 246. On the other hand, Poirier ground out a tough, yet dominant win over Dan Hooker at UFC Vegas 4.

Both men were relatively early in their careers when they first fought. With both men advancing in form, it’ll be interesting to see who prevails in the rematch.