Wanna see a dead body? Rest in peace Tyson Griffin’s social media presence we hardly knew thee. Thanks for that one fight with Frankie Edgar and jobbing to Gomi. In case you missed Jon Jones, MMA’s GOAT returned briefly this week on social media.

First Griffin said this for some reason 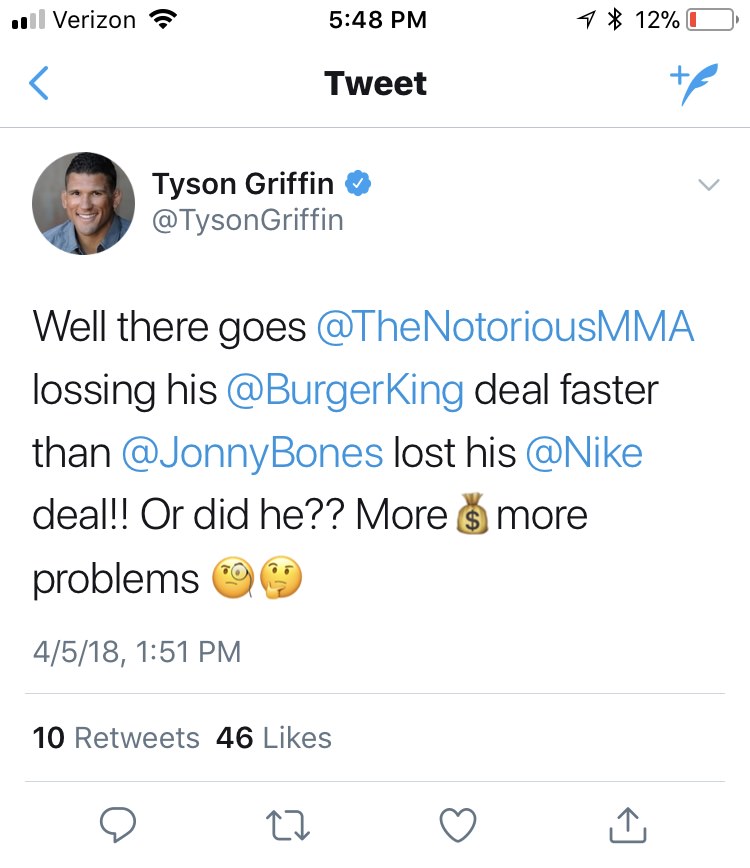 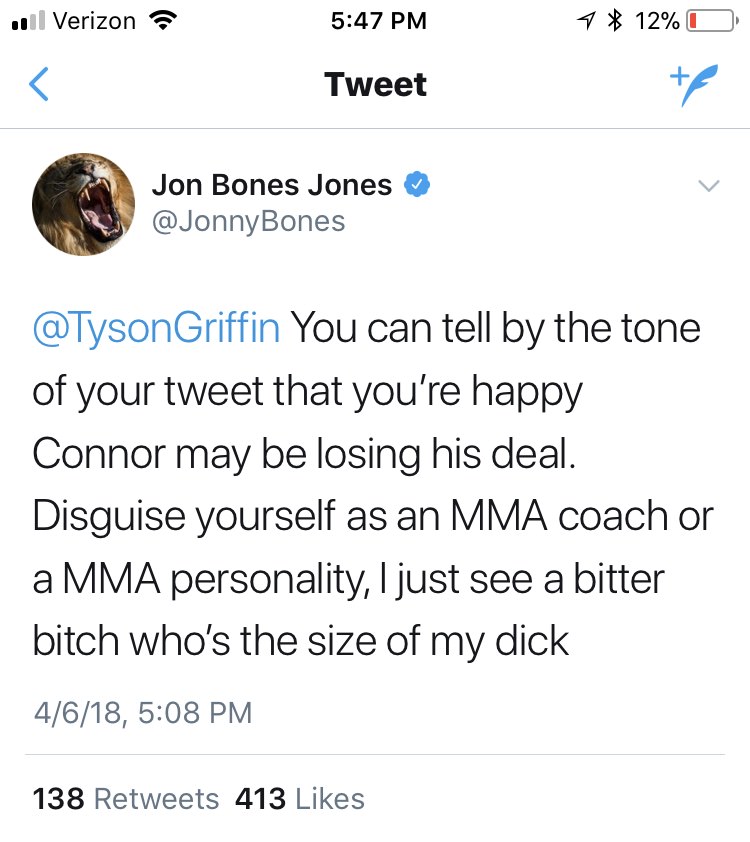 In these trying or spectacularly wonderful times in MMA, it takes a single Bones tweet to put it all in perspective. Conor McGregor plus Jon Jones plus a 72 hour bender in Las Vegas is the only true, logical next step for our great sport.