Rachael Ostovich has become the latest victim to be released from the UFC after the organization said they would be cutting 60 fighters. 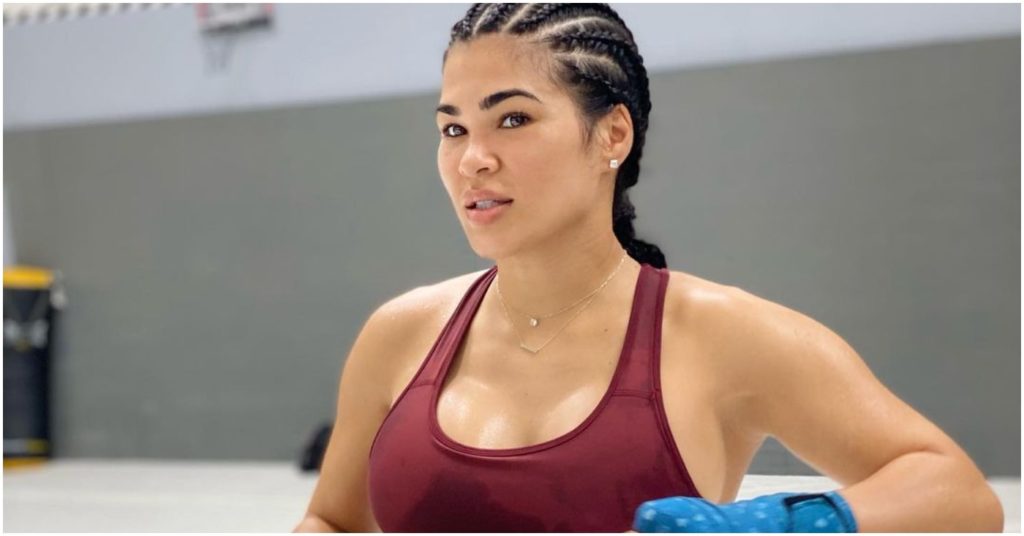 UFC President Dana White recently stated that the organization would be cutting at least 60 members of its roster. Furthermore, he stated that some of the names would be notable, but, the UFC has to conduct their business as usual. Former Middleweight title contender Yoel Romero was the first name on the list to get the ax. Now, prominent UFC flyweight Rachael Ostovich has been released from the UFC as well.

Dana made it very clear the current UFC roster is inflated. With well over 500 fighters, the roster is the largest that it’s ever been. Because of that, many fighters have to get their walking papers.

“You’re going to see a lot of names going here in the next several weeks.”

Continuing the domino effect of roster cuts was Rachael Ostovich. Ostovich originally signed with the UFC back in 2017 after appearing on The Ultimate Fighter. On that night, she faced Karine Gevorgyan and defeated her via armbar in the first round of their catchweight bout.

Unfortunately, that was the only victory that Rachael earned in the promotion. She finished in the UFC with a single win and a three-fight losing streak. As well as a one year USADA suspension for failing a drug test.

Ostovich. was one of the more popular females on the UFC flyweight roster. But with so many cuts coming before the end of the year, expect even bigger names to exit the organization shockingly.