Tito Ortiz believes that Joe Rogan and other Holllywood celebs are quitters for leaving the state of California as he runs for mayor. 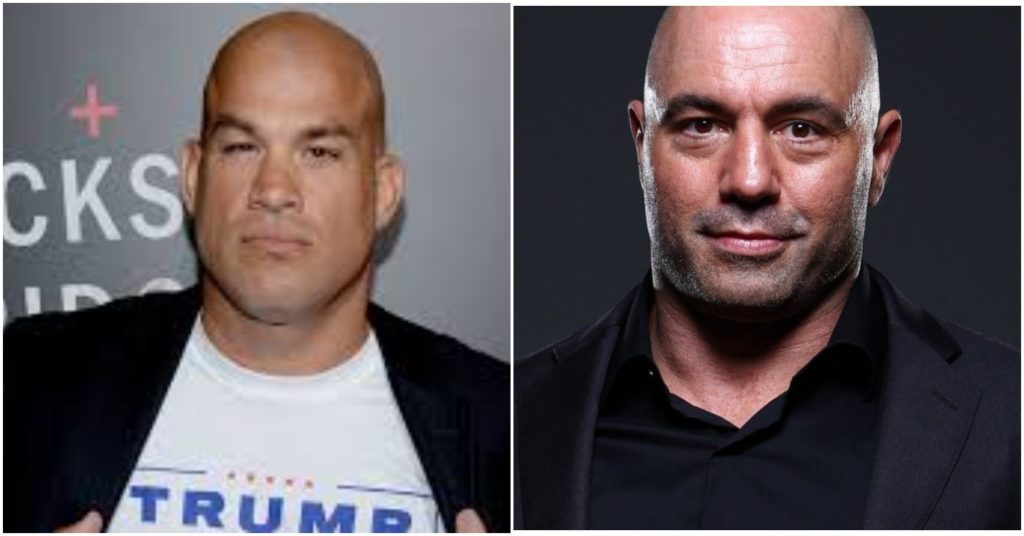 Overpopulation, traffic, and extreme poverty levels were all concerns of Joe Rogan that caused him to leave the state of California. Fans of his podcast were hesitant of Rogan’s ultimate decision to move to the state of Texas. Nevertheless, the decision to move into the $14.4 million mansion was Joe’s prerogative. However, Tito Ortiz believes that Joe Rogan left California because he is a “sell out.”

Ortiz found a new passion for politics after fighting and is running for the city council of Huntington Beach, California. As a devout supporter of US President Donald Trump, Ortiz shares similar ideals, principles, and marketing strategies as the President. Which, is why he slammed Rogan for leaving the state of California when he is trying to protect the state.

“It’s important that we protect this city, because this city is powerful to me and I’m not leaving,” Ortiz said to a crowd during a speech. “You know Joe Rogan and a bunch of other Hollywood guys, they left. You know what? I can’t say the word because my children are here, but they’re quitters. I refuse to be a quitter.

One of Ortiz’s hottest takes during his political campaign is his belief that the coronavirus is manmade. Spreading false information isn’t necessarily the best idea while running for office. But these days, nothing is shocking that comes from Tito Ortiz.

”Do I think the Coronavirus is real? One hundred percent, I think it’s real,” Ortiz said. “Yep, man-made, a virus that is taking out all the old people. It’s kind of crazy, this is something I’d like to talk about though. Remember in China when they’re doing all the protesting? They had so many people out on the streets and everyone wanted to be like us Americans, and chanting the national anthem. And then all of a sudden boom! That s–t was over within in a day.

Joe Rogan appears to be happy in Texas and probably won’t even hear Tito’s remarks. Furthermore, the chances of Rogan caring about Tito “roasting” him are slim. Especially after closing his very lucrative Spotify.

Dana White: Khabib Is Still Lightweight Champ, No Vacant Or Interim Titles Up For Grabs
Read Next Post →
Click here to cancel reply.