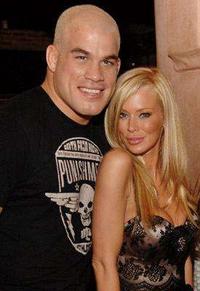 Why would anyone fight anymore when they have this. I’m pretty sure if I had this any urge to knee a hole through someone’s nose could be erased just by looking at this. Isnt MMA just a form of expressing anger because people don’t have this. So if you had this waiting for you everytime you opened the door, why even leave home? Every guy can understand why it’s been over a year since Tito Ortiz got in the cage when you have this. So that’s why it’s surprising that Tito Ortiz announced at the UCFC (not UFC…dude hates Dana) saturday night that not only is he signing a 4 fight deal with Strikeforce, but that his 4th fight will be against Fedor Emelianenko. You know Fedor, the same guy that made cry in bed at night when you were a kid. The same dude that uses cinder blocks and roman spears as eating utensials. The same guy that’s probably going to cause the end of the world August 1st when he goes up against Barnett.

But the wildest thing about his announcement at UCFC this past weekend was Ortiz is starting up his own fighting organization with Strikeforce called Punishment Fighting Championship. When the director of communication for Strikeforce was asked about this, his response was “I don’t know anything about it”. Tito probably mispoke because he was too busy getting down with this in which case we totally understand. I just can’t see how anyone that has a choice of mounting this or Fedor Emelianenko would choose a guy that goes by the nickname of ‘The most dangerous man on the planet’. Usually, my life has consisted of avoiding any scenario that forces me to get in a cage with Fedor. You know how when a hurricane hits a town and a guy gets on camera and says ‘We could have been dead…or worse’. That ‘or worse’ is fighting Fedor Emelianenko. [Source] 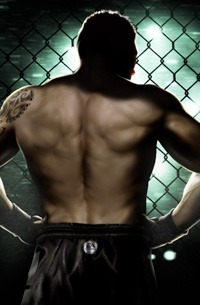