What a night it was, November 4th 2017 will go down as one of the most shocking nights in MMA history. A card that was stacked from the get go, it was worth the money spent for those who didn’t stream it. We had Joanna Jedrzjczyk attempt to defend her title and tie Ronda Rousey’s most defenses as a woman champion. TJ Dillashaw and Cody Garbrandt set out to settle their long dispute. And a legend in the sport returned after a four year hiatus.

Most of what everyone expected didn’t happen. I’ve never had my jaw drop that many times in one evening. The prelims were fun but nothing too game changing happened. Ricardo Ramos threw a fierce spinning back elbow that sent Aiemann Zahabi into a deep slumber. Ovince Saint Preux head kicked Corey “Overtime” Anderson in the third round and turned him into a horizontal statue. Ramos and Saint Preux netted themselves a cool $25k for the evening.

The Performance of the Night bonuses were handed out to the new champions. As if all three of their evenings weren’t awesome enough already.

The main card started off with Johny Hendricks getting a beat down put on him by Paulo Costa. A Brazilian who reminded me a lot of young Vitor Belfort I fully expect him to become a big name at middleweight or lose a fight to USADA.

Jorge Masvidal spent too much time during fight week talking crap to Bisping that he forgot he was fighting a literal ninja. Stephen ‘Wonderboy’ Thompson won the fight but not in a really incredible fashion. Surely we won’t see Wonderboy versus Tyron Woodley 3 with all the hate their past two fights have had.

I spent a lot of time yesterday writing a story about Joanna Jedrzejczyk and how she was the new all time greatest woman’s fighter. It seemed like an easy story to write up, she had defended her title and was on route to tying Ronda Rousey’s record. The mental warfare leading up to the fight seemed like it may have been too much for Rose to handle.

I underestimated ‘Thug’ Rose, she is as mentally strong as a fighter can get. Spending the whole week not stooping down to Joanna’s level and being a spokesperson for mental health was great to see. The UFC even botched her walkout song and it didn’t faze this killer strawweight. The two had a heated staredown, gloves were not touched and a quick push from Rose as Joanna headed to her corner set the tone.

The biggest upset of the night was Rose defeating Joanna in the first round. Not only was it shocking because the heavy underdog won, she made her tap out to strikes. Joanna Jedrzejczyk tapped to strikes, who in their right mind would’ve predicted that outcome.

A rivalry that has an amazing story behind it is what sets apart a good fight from an amazing fight. The lead up to Dillashaw versus Garbrandt was something else. These two men despise each other. Garbrandt took it upon himself to release sparring footage of him knocking down TJ in practice and then accusing him of showing Team Alpha Male on how to use steroids seemed like an odd move.

The sparring footage wasn’t a knockout like he had claimed. Every fighter has surely been knocked down a time or two in practice.

Then accusing a former teammate that he showed you and others on how to cheat was like sending the bat signal to Jeff Novitzky. As Garbrandt was also a favorite in the fight he would also lose in the early rounds by knockout. Dillashaw had enough of the negativity as Garbrandt stood up from being defeated he embraced him with a bloody scream in the face. Dillashaw doesn’t forgive Garbrandt for tarnishing his name and I’m sure we’ll see these two fight again.

The card broke Mayweather versus McGregor numbers in Canada. All because of Georges St-Pierre’s return to the octagon. He took four years off to come back at a higher weight class and showed that he still had it in him. Michael Bisping was cocky leading up to the fight and it caught up with him as ‘Rush’ proved that he is still a force to be reckoned with. It’s the end of 2017 and if you were to tell a fan of the sport a couple years ago that St-Pierre would be the middleweight champion you would’ve been laughed at.

Here we are though and it’s likely we’ll see the unification between St-Pierre and Whittaker, maybe in Perth next year. Which is a fun matchup but I’m personally looking forward to Bisping fighting against Yoel Romero in London next year, there is no reason those two shouldn’t already be booked. Sean Shelby and Mick Maynard are going to have a fun time arranging fights for 2018.

There have been many exciting cards in the UFC but UFC 217 was the best. There’s no doubt that years from now we’ll all look back at how exciting, shocking and great for the sport this event was. A lightweight title unification bout between McGregor and Ferguson at UFC 220 in Boston could beat the numbers set by this pay-per view but it wouldn’t be as fun. I’m thankful to be a fan of this sport, as other sports dive into a political realm we can always rely on MMA to be just good old fashioned face punching.

It's been 4 years since UFC gold has been around his waist. #AndNew @GeorgesStPierre pic.twitter.com/si3UXeWyi7

"I just want to be a good person." Namajunas says nothing will change now that she's the champ #UFC217 pic.twitter.com/No3q59rRIX

The hooks have found homes tonight in the title fights 😳@TJDillashaw #UFC217 pic.twitter.com/BXNj4lwY79 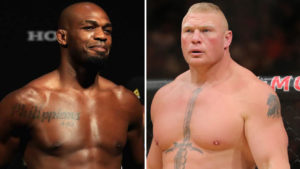 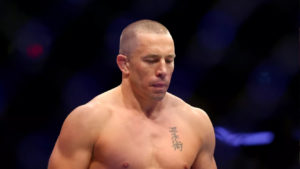 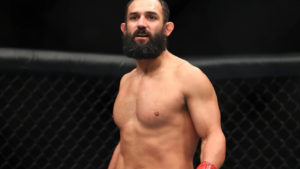 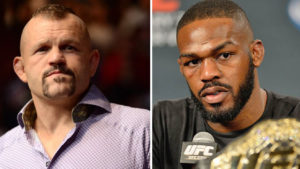 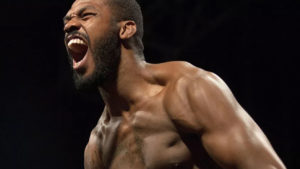 Jon Jones Snaps Back At Chuck Liddell: “Come Get It” 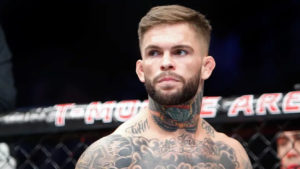