Only in Korea would zombies appear on the cover of Maxim

First off, yes there are zombies in this world and yes, Korea has an ample amount of them. In 2008, Korea released its first zombie flick entitled GP506 and it will probably grab your favorite zombie film by the neck, slap it around a bit and steal it’s wallet. I’m not sure if the movie was inspired Chan Sung ‘The Korean Zombie’ Jung, but if it was, cut the dude a royalty check. Before signing with WEC, his only loss came from Kanehara at Sengoku 9 (who rocks the appropriately assigned nickname, ‘The Japanese Steve Urkel‘). Since then, he’s been 2-2 in his ZUFFA career and now he can add ‘Maxim cover’ to his resume which you probably can’t understand because it’s written in Korean. When I’m old and senile, I will tell my grandchildren that I remember the day when Maxim covers used to feature scantily-clad women drenched in oil. Ah, those were the days. 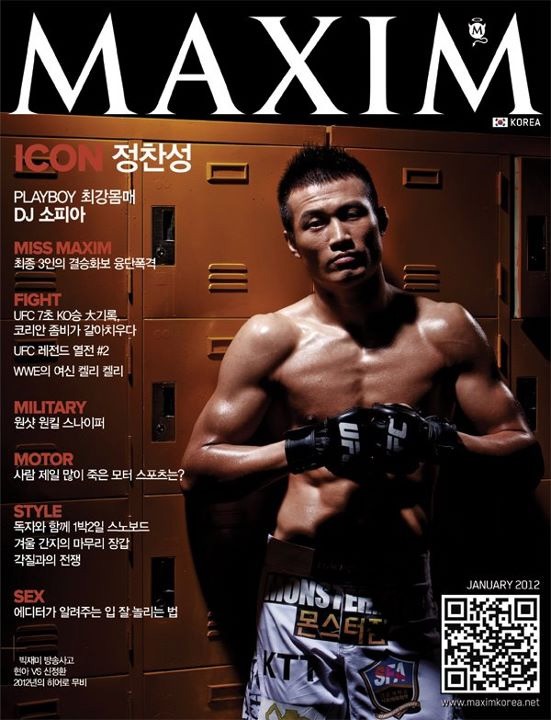