ONE Championship became the last big MMA promotion to announce that they aren't interested in signing or bidding for Anderson Silva. 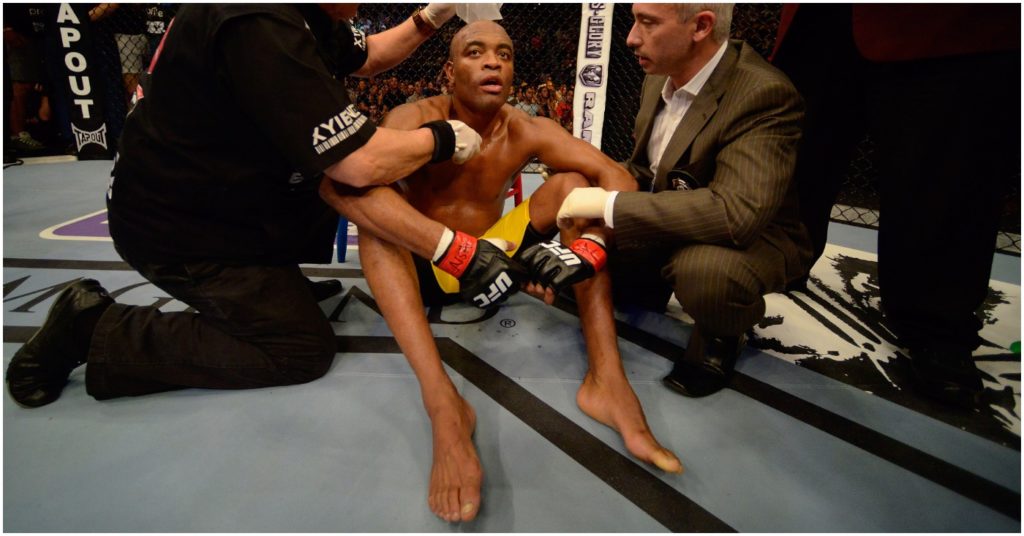 Even during his later years, the NBA would never push out the late Kobe Bryant. Instead, players like himself, Dwyane Wade, and Dirk Nowitzki were given a farewell tour so that fans could pay their respects one last time. On the contrary, the sport of MMA is rough and unforgiving. No matter the legendary status of Anderson Silva, his retirement from the sport he’s given his all to might be against his will. First, UFC President Dana White said Silva would no longer fight in the UFC. Next, Bellator and PFL followed. Now, ONE Championship has made it clear that they aren’t interested in Silva either.

ONE Says No to Anderson Silva

Almost immediately after Uriah Hall defeated Silva, rumors swirled of Bellator snatching up the old veteran. However, Bellator President Scott Coker made it clear that the organization is heading in a slightly different direction. Additionally, PFL President Rey Sefo said that he respected Silva’s legacy. However, he wouldn’t be interested in signing the legend either. Now, ONE Championship CEO Chatri Sityodtong is echoing the words of other promotional Presidents.

“I am a huge Anderson Silva fan. Without a doubt, he is one of the best ever to do it. That being said, athlete safety is our number one priority at ONE Championship. As such, we will not be bidding for his services,” Sityodtong said in a statement to Fightful. “I wish Anderson much happiness and success in whatever he chooses to do next.”

Running Out of Suitors

With options running thin for Silva, his retirement seems like it could be forced. Usually, a fighter of Anderson’s stature would get to pick his last fight. However, with a lack of promotional push, Silva may have already had his last fight. Perhaps a smaller promotion based in Brazil would give Anderson a legendary hero’s farewell tour. But, perhaps that reality check wouldn’t be worth it.