The UFC was able to find Sean O'Malley a replacement for Louis Smolka in Kris Moutinho, keeping him on the UFC 264 card

Sean O’Malley will remain on the UFC 264 fight card by facing a newcomer in Kris Moutinho. The announcement was made courtesy of O’Malley himself, live from his personal streaming channel.

Initially, the “Sugar Show” was supposed to continue against a veteran in Louis Smolka. However, Louis was forced out of the matchup due to an injury.

Many fighters in the division threw their name into the O’Malley sweepstakes, willing to take the fight on short notice. However, rumors swirled of some fighters not being able to make weight in time for the fight to happen.

Brian Kelleher was one of the fighters on the roster who was willing to take the fight. However, he and many fans believe that O’Malley would rather face less competition to “pad” his record. Additionally, Ricky Simon took to socials to voice his opinion about O’Malley as well.

Smart move, control the narrative. Pretend to accept so it doesn’t look as bad when you get a lesser opponent. I’ve been tested, I’ll be around.

“Smart move,” said Simon in regards to O’Malley’s opponent choice. “Pretend to accept so it doesn’t look as bad when you get a lesser opponent. I’ve been tested. I’ll be around,” he finished.

Although a hungry bantamweight who is willing to face Sean, the promotion seemingly went in a different direction, bringing in a replacement who has never fought in the UFC.

Moutinho currently has a record of nine wins and four losses in his professional career. The 28-year-old is currently ranked as the 7th bantamweight in all of New England, according to Tapology. Furthermore, Moutinho last fought for Cage Fury, where he was able to get a submission victory over Andrew Salas, who previously fought in Bellator.

The overall impression is that fans believe the UFC is giving O’Malley an easy fight. But for people in the know about Moutinho, things may not go as easy as the “Sugar Show” plans. 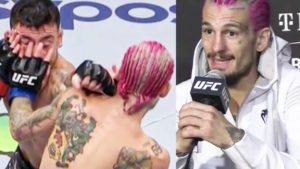 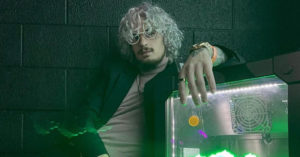 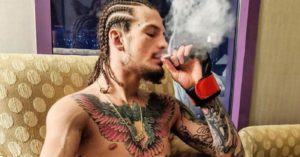 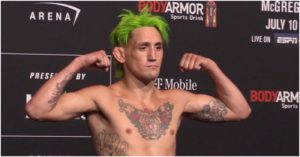 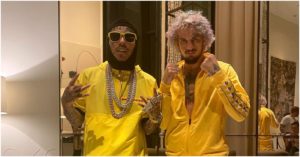 Kris Moutinho Believes He’d Win Against Sean O’Malley in 5 Round Fight: “I was going at a pace that eventually, he would have worn down of”