Oliveira earned the biggest win of his career following a unanimous decision victory over Tony Ferguson at UFC 256. 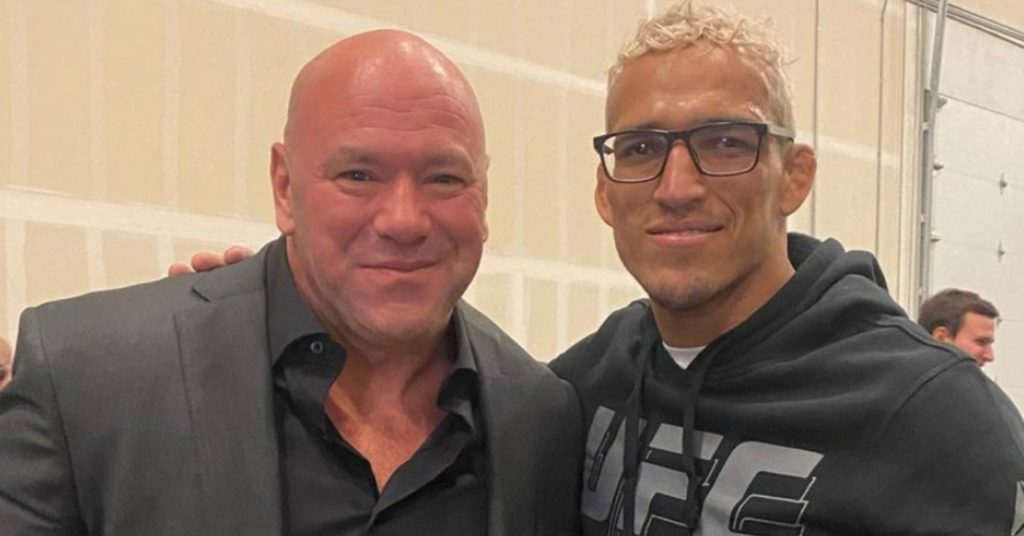 Charles Oliveira has his sights set on a title bout with the winner of the Conor McGregor vs. Dustin Poirier fight.

“Do Bronx” is coming off the biggest win of his career following a dominant unanimous decision victory over Tony Ferguson in the co-main event of UFC 256 last night. That made it eight wins in a row for the surging contender who has long called for a title shot and it’s hard to deny him now after what he did to Ferguson.

While UFC president Dana White believes there is a chance Khabib Nurmagomedov will return to action despite retiring at UFC 254 in October, Oliveira believes “The Eagle” is done with the sport.

That leaves him to fight the winner of the upcoming UFC 257 headliner between McGregor and Poirier for the title.

“Khabib swore on his father’s grave that he wasn’t going to come back so when a man does that, I don’t think he’s going to come back,” Oliveira said in the post-fight press conference (via translator). “[Justin] Gaethje can go fight whoever but I want the winner of Conor and Poirier.

“I have eight wins in a row, 7 of those I finished the fight. I don’t let it go to the judges’ hands. I finish fights and I’m in a position to be fighting for the belt.”

Oliveira: I’m Going To Be The Champion

More than Ferguson being in decline, Oliveira showed he is now on par with the elite of the lightweight division.

He has no preference for who he would like to face between McGregor and Poirier either, as he believes he can defeat just about anyone.

“I think everything happens at the right time,” he said. “Look at the fight tonight: This is the guy everyone calls ‘The Boogeyman,’ and we went in there and we had an amazing fight. I’ve been telling everyone I’m going to be the champion. People don’t believe it, so I have to show them.”

The Brazilian is even willing to be the backup for the UFC 257 headliner.

“I just have a cut over my eye so next week I’ll be fine,” Oliveira added. “I haven’t lost a fight since Paul Felder and I was in the gym a week after that. So Dana — call my manager if you want me to fill in.”

One thing is for sure — it’s certainly time to add Oliveira in the discussion for the lightweight title.

Dana White Impressed With Tony Ferguson After Defeat: "10 Out of 10 People Tap to That Armbar"
← Read Last Post