Oh wow, check out the first glimpse of the ONE FC belt

Once again we have another beautifully elaborate belt that doesn’t go with anyone’s wardrobe. You can’t rock it on a Saturday night. The belt is too big to go inside of a belt loop. That thing isn’t going to hold up your pants. The new ONE FC belt can be used as a flotation device if stranded in the open ocean. The ONE FC belt also serves as a method to distract potential thieves from your wallet. I’m pretty sure you can crack open a bottle on that thing and pour it over your head. That is, if you’re into that type of thing.

You would need belt loops the size of buffet dinner plates in order to use a ONE FC belt. When it comes to serving its utilitarian purpose, all championship belts fail at life. If only society chose to use a studded jean-jacket to signify a combat sports accomplishment instead of a belt then one could see tangible evidence of your success along with recognizing your potential to be featured in an INXS video. One day the MMA world will evolve to that stage, but in the meantime check out this first glimpse of the ONE FC championship belt which will be awarded (two of them, actually) at ONE FC: Rise of Kings which goes down October 6th in a PPV service near you. 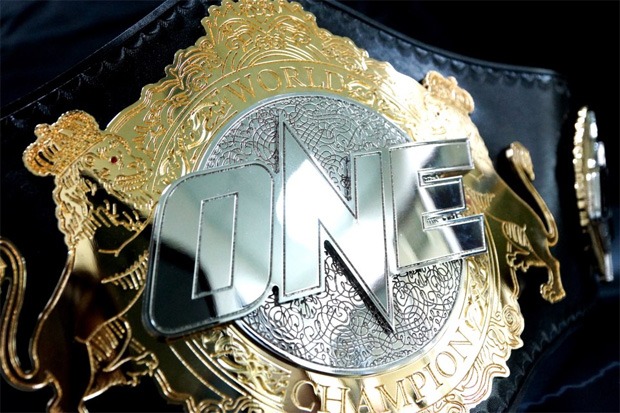