A walking dumpster fire transported by a train that has gone off the rails, Kader is trying to M. Night Shyamalan the ending of his feud with Garbrandt. After buying a plane ticket to Sacramento, running up on the Team Alpha Male gym on a random Sunday afternoon and just being himself, Internet Bodybuilder guy has gone full Internet Bodybuilder guy.

The full video from Sacramento is coming. This video will reveal the facts, expose these cowards and detail the plan they had 2 save face. pic.twitter.com/sWWLZXeajR

Full video coming tomrrow from Sacaramento. Cody sent his girlfriend Anita Cock to try to seduce me at the gym. (Via Snapchat SHALLOWKING) pic.twitter.com/jFRn5aVW25

Okay, looking past the video editing and cross-dressing, IBG goes on to post this screenshot that looks to be Garbrandt’s fiancé/wife direct messaging him ummmm something. Say ain’t so? It can’t’ be true. Can it? 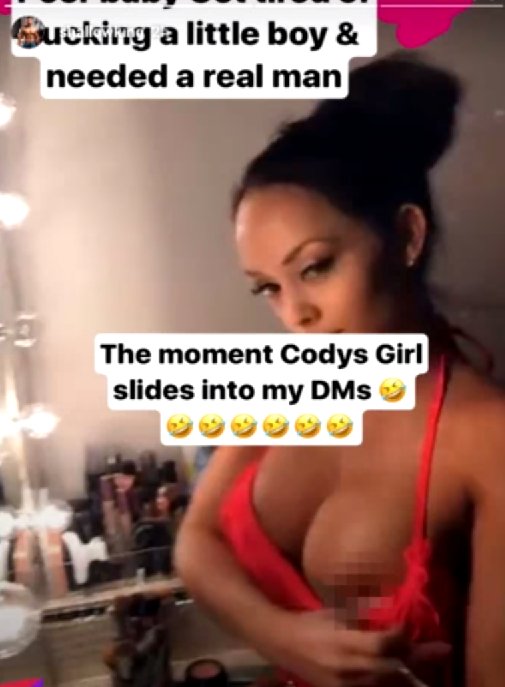