If Nurmagomedov ever does return, it would be for a fight that interests him at lightweight. 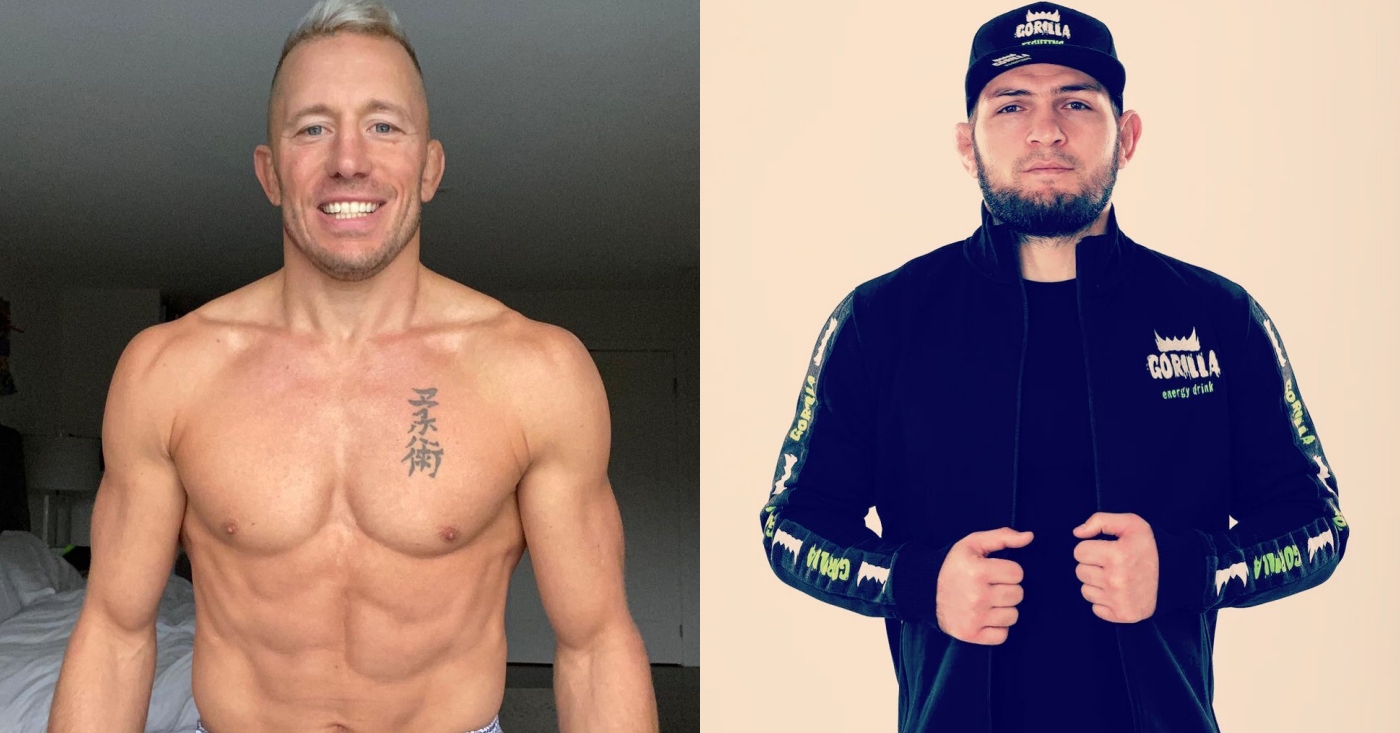 Khabib Nurmagomedov wouldn’t return to even fight Georges St-Pierre — if the fight was to take place at 170 pounds.

Despite UFC president Dana White’s continued efforts, Nurmagomedov has maintained for months that he is retired and will no longer return to the Octagon.

While in the past, Nurmagomedov has notably expressed his desire to face St-Pierre — who is his dream opponent — with many believing that’s the one fight he would return for, that would only be the case if it took place at lightweight or even a catchweight.

If it’s at welterweight? Nurmagomedov isn’t interested as he feels he’s already at a disadvantage.

“I won’t fight at 170. That’s for sure,” Nurmagomedov told Russian media recently (via RT). “It’s not my natural weight. When I’m in shape, my weight is around 180. To cut down to 170 and weigh in around 176 on fight night against the best fighter of the weight class in the history of the sport?

“You know it reminds me of my childhood when you’re fighting a karate guy, taking him down and he is like, ‘hey, let’s stand up and fight like men!’ ‘But we started the fight on the feet!’ You know what I’m talking about?”

Nurmagomedov Only Returning For Lightweight Contest

In the end, “The Eagle” will only look to come back if there’s an interesting option for him at 155 pounds.

So if St-Pierre cannot cut weight below 170 pounds, that fight is out of the question.

“I am a lightweight champion and if there’s an interesting option for me, I’d like it to materialize at lightweight,” Nurmagomedov added. “So I’m not fighting St-Pierre at 170. No.”

Manager Reveals Khamzat Chimaev "Thought He Was Going To Die" From Covid-19
Read Next Post →
Click here to cancel reply.