Nurmagomedov believes there are way more distractions now than there were when he was a teenager. 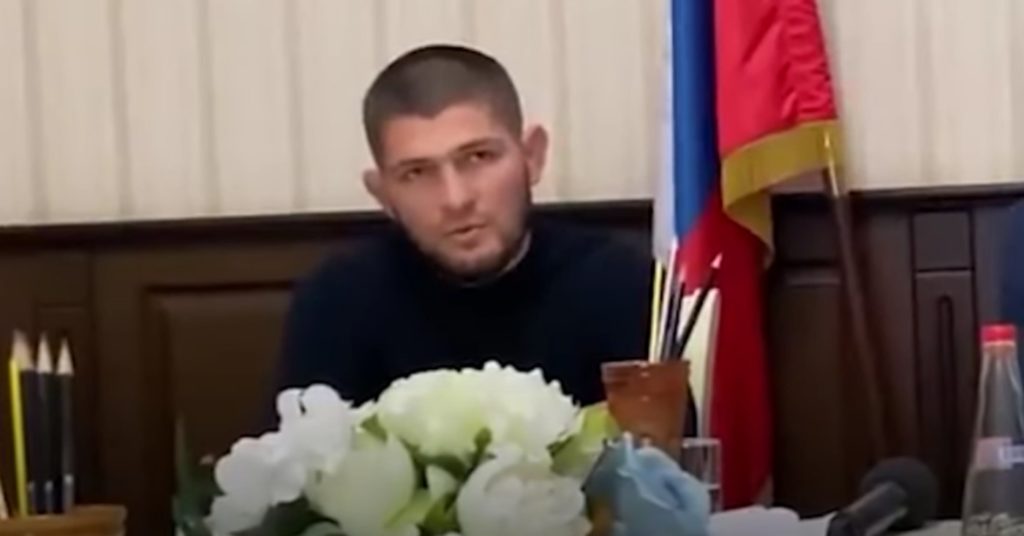 UFC lightweight champion Khabib Nurmagomedov believes the future is bright for the next generation in Dagestan — provided they stick to their goals.

Nurmagomedov is undoubtedly the biggest product coming out of Dagestan as he is one of the most popular sporting stars in the world. He recently enjoyed his third title defense following his impressive second-round submission win over Justin Gaethje last month.

“The Eagle” would retire soon after and despite claims from UFC president Dana White, intends to keep things that way for the time being.

And when asked in a recent Q&A what he thought of about the future of Dagestan, Nurmagomedov was optimistic.

“I believe our youth has huge potential even compared to their peers from all across the world,” Nurmagomedov said. “The fact is that hardships and tough life is what motivates people and makes them move forward.

“When you have everything you need, you don’t have to push yourself and work hard. In my case, it was training. So there’s a lot of potential in Dagestan in this respect.”

As for his advice to the youngsters in Dagestan?

Nurmagomedov — who revealed his usual day as youngster consisted of mostly studying and training — had quite a few pointers.

“Be grateful for what you have now,” he explained. “Don’t look at those who have more than you. Look at those who have barely anything. Those are the ones who eventually become doctors, engineers, athletes. Our people have everything to do sports — we have perfect environment for it. The sea, the mountains. So don’t waste your time.

“When I was at the age of 15-16 years old, there were not too many distracting factors around. Nowadays, it’s different — young people waste 5-7 hours a day on their smartphones. That’s what really matters — rational use of your time. That’s what I think.

“… Set up priorities, what is really important for them. To spend your life in your smartphone or devote yourself to education, training, relationships with your family. Be smart, appreciate what you have and that’s how you succeed.”

All in all, this is great advice not just for the youngsters in Dagestan but people all over the world.

You can watch the full clip below: