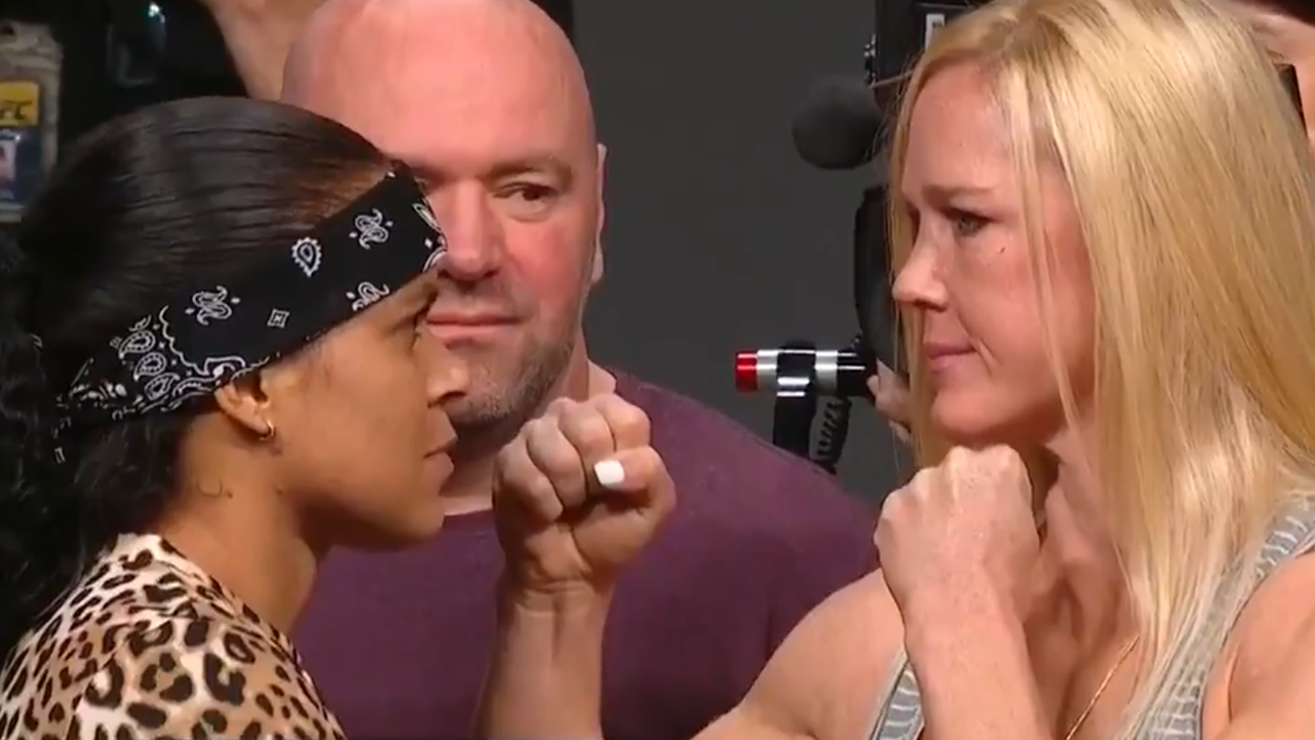 The promotion held a special Seasonal press conference which took place earlier today (Friday, April 12, 2019) at noon ET from inside the State Farm Arena in Atlanta, Georgia after the UFC 236 ceremonial weigh-ins.

The purpose of this presser is to hype out the upcoming main and co-main events. UFC head honcho Dana White and several fighters who’re competing at those events participated.

Check out below the staredown video:

Thug Rose is back!

Home turf to defend as @AlexTheMauler welcomes @LionheartASmith to Sweden!

A tough intro to the WW division!@MotownPhenom moves up to take on @RdosAnjosMMA at #UFCRochester!

Cody Garbrandt is still going on a wild rant, burying USADA and drug testing along the way
← Read Last Post