UFC double champion Amanda Nunes took to social media to celebrate her female fighter of the year award as well as showing thanks. 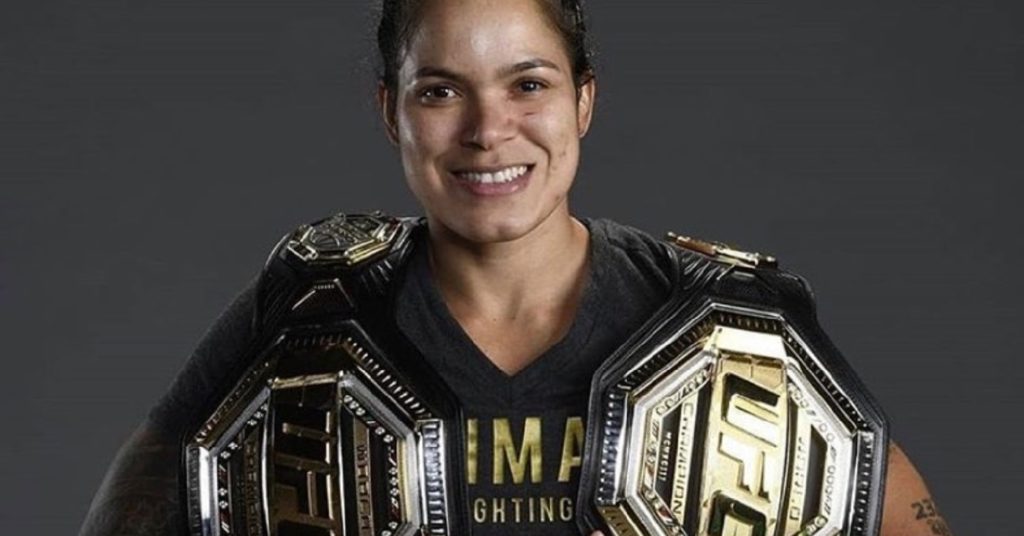 Amanda Nunes has been named Female Fighter of the Year at the 12th annual Fighters Only World MMA Awards. As a nearly unanimous fan favorite in the sport, Nunes took to social media to react to yet another win on her resume.

The “Lioness” received the award in the midst of fierce competition on the ballet. Box office names such as Cris Cyborg, PFL’s Kayla Harrison, and fellow UFC champion Valentina Shevchenko and Weili Zhang all graced the list. However, Nunes was able to steal the victory despite only having one fight side of the cage in 2020. Although the award voting criteria spread across the timeline from January 2019 to July 2020.

Nunes Celebrates Fighter of the Year

Nunes took to social media to express her gratitude and happiness for winning the award.

“Thank you very much, everyone. Obrigada + uma vez,” wrote Nunes on Instagram.

Additionally to her fight career, Nunes also welcomed her first child into the world with her longtime partner and fellow UFC fighter Nina Ansaroff. Nonetheless, Nunes still planned on facing Megan Anderson in December 2020 at UFC 256. But, Amanda had to pull out due to injury.

Now, the bout for the UFC featherweight title will now be taking place on March 6th at UFC 259.

Amanda has been as assertive as ever. However, she has not fought since beating Felicia Spencer and becoming a mother. For now, it seems like Nunes had one of the best calendar years of her entire career. And, it looks like 2021 will continue her trend of dominance.

More than likely, it won’t be the last time that Nunes is celebrated for being the best in the sport.