The Nevada State Athletic Commission (NSAC) will be looking into the corner controversy involving Max Rohskopf and his coach Robert Drysdale.

Formerly unbeaten lightweight Rohskopf stepped in on five days’ notice to face Austin Hubbard at UFC Vegas 3 on Saturday night. Following the end of the second round where Hubbard dominated him, Rohskopf repeatedly told Drysdale to end the fight.

Inside the corner of Max Rohskopf before the fight is called off at #UFCVegas3 pic.twitter.com/hZrfnaMObt

Drysdale ignored his pleas as he tried to convince Rohskopf to keep fighting, but the latter didn’t get off the stool which prompted referee Mark Smith to step in. The fight was eventually called off by NSAC inspector Charvez Foger after Rohskopf informed the referee that he didn’t want to compete further.

Drysdale has since received plenty of criticism for not listening to his fighter’s wishes, and there might even be cause for disciplinary action from the NSAC.

“That’s something we will take a look at,” NSAC executive director Bob Bennett told ESPN. “We might want to take disciplinary action on them. That doesn’t sound like they are looking out for a fighter. Obviously, he didn’t want to come out [and fight].”

It is unclear whether the issue will be discussed at an upcoming hearing.

“It may come up in a future hearing. We will take an official look at it,” Bennett added.

Drysdale, however, stands by his actions.

A former light heavyweight fighter who competed once in the UFC, the 38-year-old felt Rohskopf simply needed a mental push.

“I stand by what I did,” Drysdale said. “I expect excellence from the people I train because I love them. He wasn’t seriously hurt, and I felt he needed a mental push. I would expect the same from my coach.

“We will be back. Max is a champion.”

As for whether Rohskopf regularly needed pushes, Drysdale stated that wasn’t the case.

“Which is why I was pushing him,” he added. “That is the job of a coach, to push their fighters physically, technically and mentally. I did my job, and I have no regrets because I believe Max has potential to be one of the greats.”

Rohskopf has yet to speak to any media since the loss which will now go down as a TKO due to retirement. However, his thoughts on the matter should very interesting. 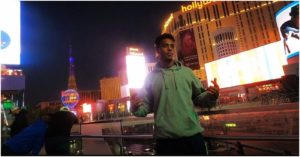 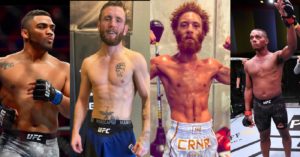 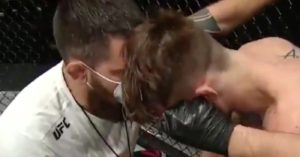 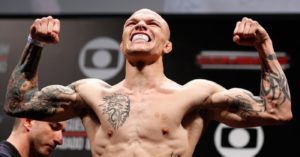 Anthony Smith Puts NSAC On Blast For Recent Changes: ‘We Look At You Like The Police’ 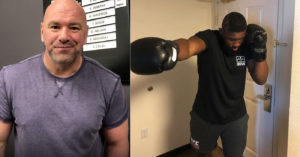 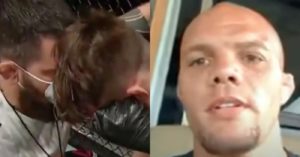