No Touch, Dream-Eater Joanna Jedrzejczyk is Still the Queen of Poland and UFC Champion

Here it was. The battle between the two Polish, demon warriors for total control of the UFC women’s strawweight division. Joanna Jedrzejczyk has eradicated any challenger in her path and surely caused nightmares to haunt their very brain meat ever since. Some she’s even beaten more than once. Tonight, she met other Polish pugilist Karolina Kowalkiewicz, coming off her out-thugging of Rose Namajunas. Of course they didn’t touch gloves.

Joanna landed about 167,000 leg kicks and completely dominated Kowalkiewicz like she was a Terminator plowing forward like she couldn’t just repair herself in a garage and save all time and all known things. However, she did get blasted one time which made the collective hearts of humanity stop. 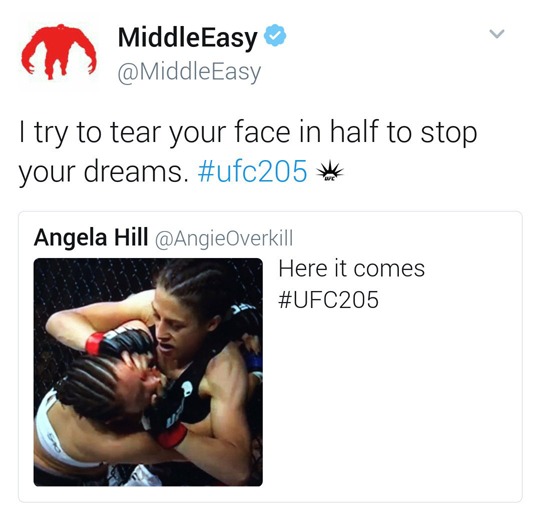 I WILL TEAR YOUR FACE OFF.

In the end, Joanna was able to pull off the unanimous decision of course, because she’s an indestructible machine. Only her mortal frame was damaged. Just flesh. The metal underneath was left intact.

Check out this damn hematoma on her face frame. 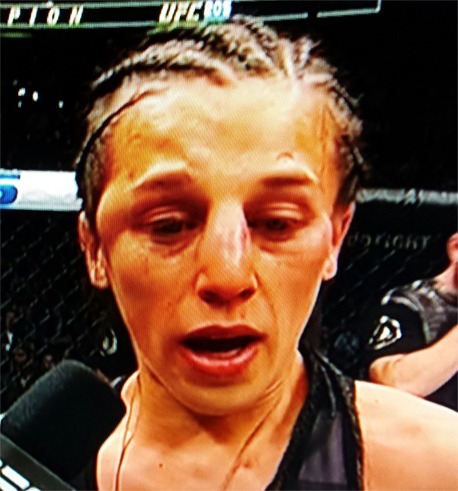