Anderson Silva isn’t the only UFC fighter to have their own signature shoe. We actually have to give it up to Dethrone’s Josh Koscheck for being the first UFC fighter (aside from Caol Uno) to have a signature line of shoes. Granted they appeared to be more like wearable contraceptive devices than actual shoes, but hey — you don’t have a friggin’ shoe now do you?

UFC’s Soa the Hulk now has his very own signature shoe, only it’s a friggin’ neon yellow, steel-toe work boat. ‘Mack Soa’ is the world’s first high visibility fluorescent work boot. The thing can also withstand temperatures of over 570°F, just in case you drunkenly pass out in your kitchen oven (again). The Mack Soa will set you back $199 Australian Dollars, a currency we didn’t know existed until today. Check out the official website here if you feel like rocking some Soa the Hulk on your foot.

We couldn’t leave you without the promotional shot of Soa the Hulk holding up his special kicks. 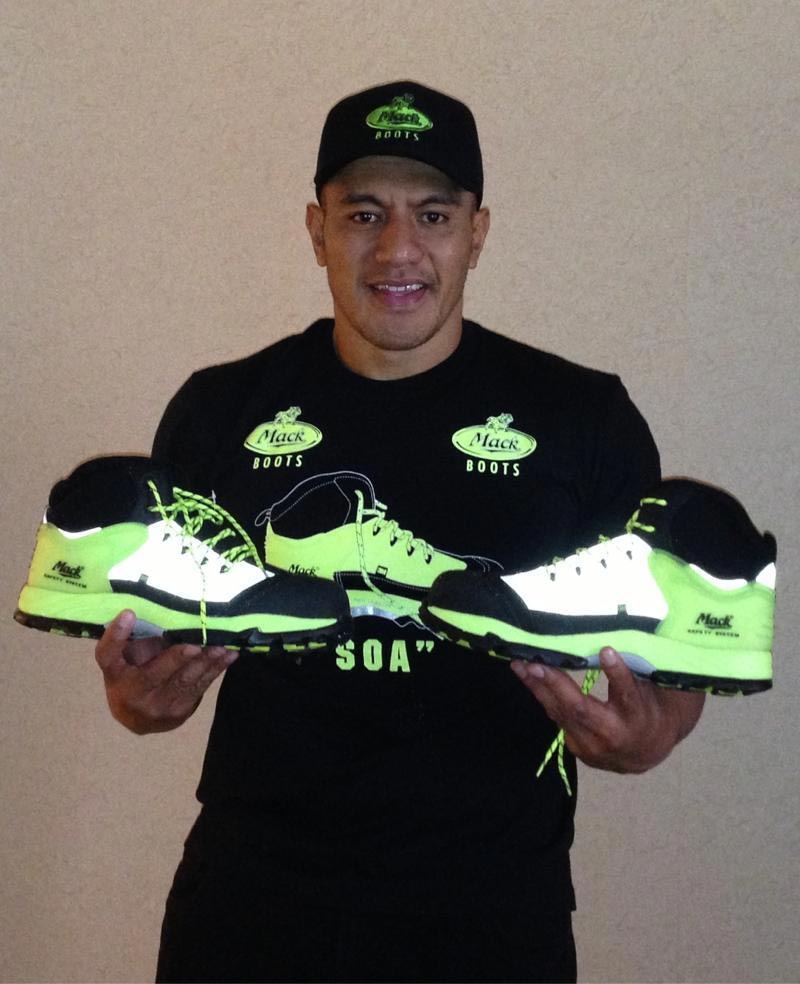