No Black Beast!!! Why Has Derrick Lewis Forsaken Us?

After his main event loss to Mark Hunt in Auckland, New Zealand, Derrick Lewis announced (in the most un-Black Beast way possible) that he was done with fighting. He was tired of putting his family through this and had apparently made enough money to pay off his house. If you missed it, you can hear directly from the horse’s mouth on why he’s leaving the game.

First of all, Derrick Lewis is getting married? I thought it was exclusively the player’s life for The Black Beast? Can you imagine a family of Black Beasts? I can only believe having Derrick Lewis as your dad to be the greatest experience a kid could have.

Secondly, what in the hell does it say about this fantastic sport when we watch a favorite walk away in the prime of his career, and the reaction is “Yep. That makes sense.”? How can we as fans simultaneously love this sport while knowing that it’s terrible to those who participate in it? I, for one, am happy for Derrick Lewis. He got enough money to set his family up and walk away while maintaining the love and adoration of the entire MMA world, and his health. That’s doing the game right.

Unfortunately for this “happy” ending, I know that it is as likely to stay true as reformed drunk on St. Patrick’s Day. The allure of a fast payday, like so many before him, might be too much for Lewis to walk away from. Even after this loss, he is one of the most recognizable and marketable heavyweights on the roster. He has set himself up as one of the next beloved UFC big guy, a position that can be quite lucrative. Just look at the career of his opponent Mark Hunt. With a record of only two fights above .500, he is a superstar attraction beloved whether he fights in Texas or New Zealand. Look at the Bellator-bound Roy Nelson. He has headlined or been a part of the marketing in nearly all his UFC fights over the last seven years. Derrick is approaching that level of fandom.

So while this retirement seems like a lot of things, a heart-breaking let down for the fans, a harsh indictment of the sport, a personal triumph of a man bringing his family out of poverty, it really can really be only one thing. Untrustworthy.

But if this truly is the last go around, let’s take a moment and check out just some of the awesome Derrick Lewis has brought into our lives.

Update: And of course, immediately after his retirement, Travis Browne decided to talk shit about The Black Beast. Maybe Travis is too busy selling his engagement photos and living off his sugar-momma to remember, but we all haven’t forgot what “no heart” Derrick Lewis did to Browne…

No. 6 heavyweight @TheBeast_UFC takes the Octagon in 3 days! #UFCAuckland pic.twitter.com/wJsoC2GfUP 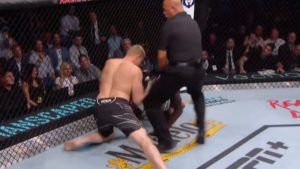 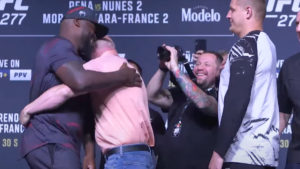 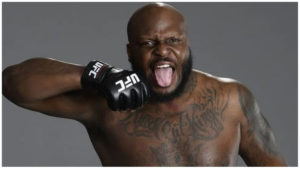 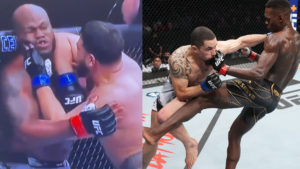 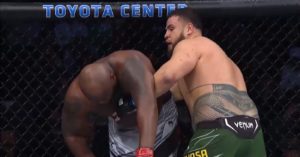