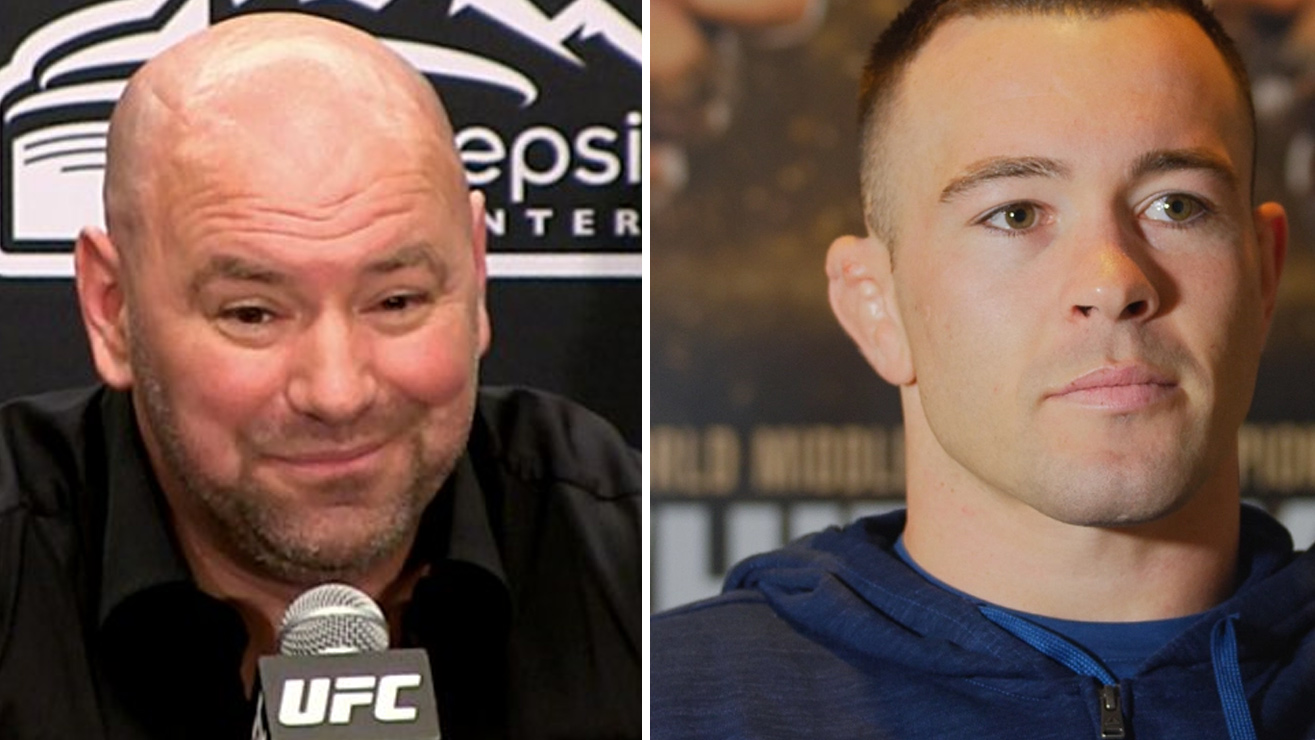 It seemed like the entire MMA community was excited when Kamaru Usman TKO’d Colby Covington at UFC 245. Furthermore, a portion of fans was even more excited when they witnessed Usman break Covington’s jaw with a straight right hand in the third round. Celebrities like Rosie O’Donnell took to Twitter to bask in the glory of Covington’s demise. However, although Colby has beef with UFC President Dana White, Dana made sure to make it clear that he doesn’t hate Colby. In fact, he believes that he is tough and would love to see him return against former champion Tyron Woodley.

Dana voiced his opinions about Covington during his post-fight press conference. He spoke about Covington’s performance, their exchanged words in the past, and potential next opponents for Colby.

Although Covington may have to get his jaw wired shut, White still mentioned that a potential matchup against Tyron Woodley would be good for Colby.

“I’d love to do him (Colby) and Woodley next,” White said. “That would be a fun fight, but if he has a broken jaw, he ain’t going to be around for a minute.

Dana continued, “I don’t have a problem with Covington,” said Colby. “Listen, I’ve dealt with his type a million times in the last 20 years. You can tell he’s not happy that tonight did not go as he planned,” finished White.

Relationship Between Colby and Dana White

For Colby, it probably feels nice to know that the President of the UFC has a bit of remorse for the loss. Especially after Dana called Colby a “loud mothed f**king idiot” in the past.

The relationship between White and Covington became quite rocky after Colby was stripped of his UFC interim title. Then, Dana began to say how Colby was making the matchmaking between him and Usman extremely difficult.

Colby thought that Dana spoke out of place. Additionally, he believed that it wasn’t fair to be stripped and that fans would believe the words that Dana spoke.

Now that UFC 245 is over with, maybe the beef between Dana and Colby will dimish as well. At least until Colby reacts to Dana’s post-fight presser.