Nick Diaz tweeted this picture, and then quickly deleted it seconds later

We’re not sure how ‘Payday: The Heist‘ artfully dodged every mandate established by the FCC — but everyone seems to be happy that it did. ‘Payday’ is a game available for the Playstation Network that operates on the following principle: Rob a bank and kill cops, or attempt to rob a bank and get killed by cops. That’s it.

Fortunately Nick Diaz isn’t some deranged killer or crafty bank robber. Apparently he’s just a guy that appears to have been detained after he arrived back to the 209 following his UFC 158 loss. Nick Diaz tweeted this picture last night, then abruptly deleted the tweet. Asinth from Reddit managed to save a copy of this photo before it was removed from Twitter.

The tweet apparently read ‘Yes i am on the sidewalk :/’ 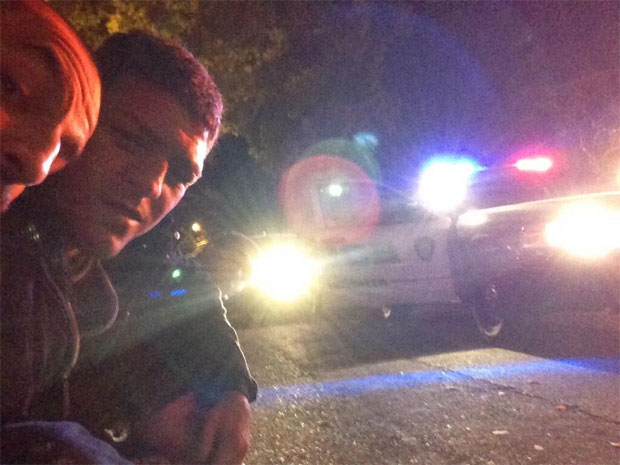