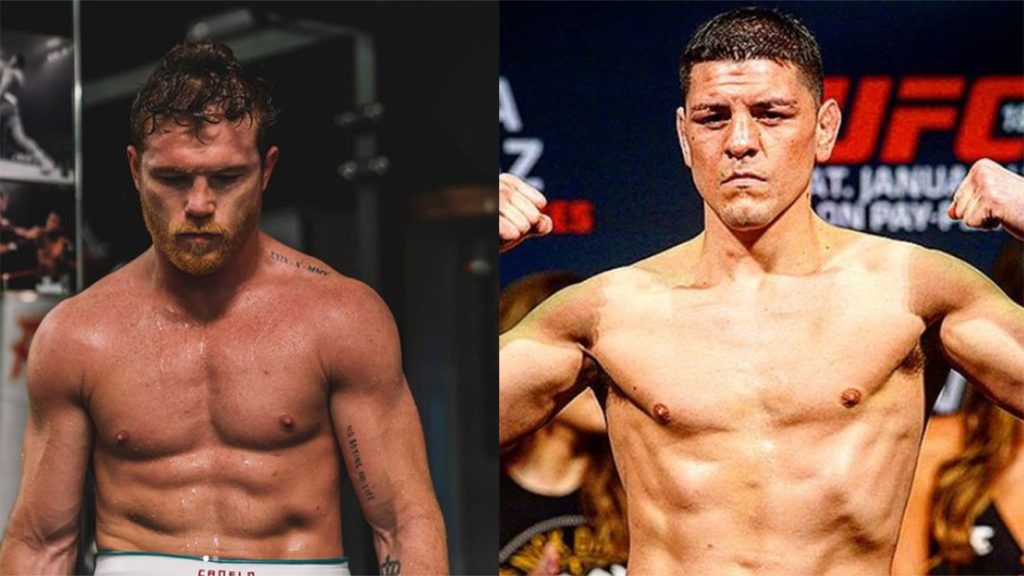 Yet, Nick Diaz is not thrilled by Canelo Alvarez. According to Diaz, Canelo wouldn’t have the chance if he moved to his weight class. Also, for Nick Diaz, this is “nothing personal”. After all, Canelo “can’t understand” his words. (via MMAMania.com)

“I’ve never even thought about that, but the guy is moving up to 168 and fighting some no names,” Diaz told TMZ (shown above). “Let’s be real Canelo moving up to my weight, he ain’t gonna win that fight. No way, come on man. You’re just basically one of them little guys I spar before I fight. I am a professional fighter, I’ve had over 37 fights.”

Nick Diaz is focused on his Octagon return at the moment. Yet, he would agree to fight in the boxing ring too. But only for a huge amount of money of course!

Nick Diaz is a real mascot in the world of mixed martial arts! He hasn’t fought since the fight versus Anderson Silva back at UFC 183, on January 31, 2015. Yet, his creative callouts are still music to many ears! Even Nick’s last UFC match was overturned to no contest. Anderson Silva was positive on drostanolone and androsterone. Despite previous suspensions, Nick Diaz remained loyal to marijuana.

It is hard to believe Nick Diaz will ever get a chance to fight Canelo Alvarez. But this epic trolling might make millions of fans laugh! What do you think of this? Did Nick make your day?