After his UFC 202 loss to Conor McGregor, Nate Diaz hasn’t fought for 1093 days before he finally pulled out a dominant decision win versus Anthony Pettis at UFC 241. “The Stockton Slugger” was recently informed of “suspicious results” in his samples by USADA.

Many fighters reacted on social media, pointing out Nate might be looking for a way out of the “BMF title bout”. Dustin Poirier was quick to troll Nate Diaz in two Twitter videos.

But the elder brother Nick Diaz stepped in to defend Nate. He wrote the following on Instagram. 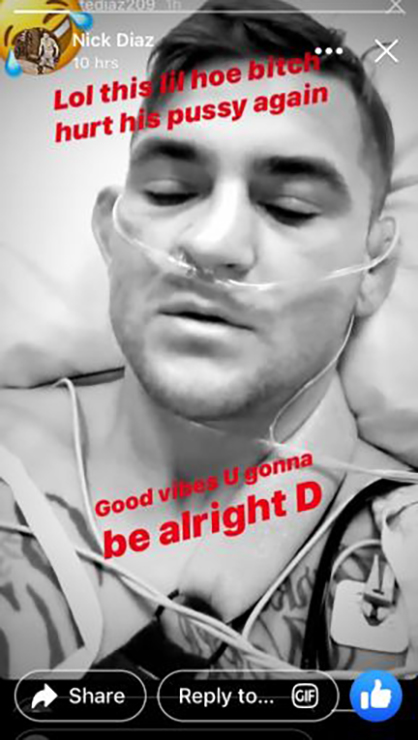 What’s next for Nate? It’s unknown at the moment. His samples were positive for SARM’s, but he’s not provisionally suspended, so stay tuned for the updates! At least Nick Diaz keeps his back!