Nick Diaz low key knows how to run the psychological warfare game like no other. Only Nick Diaz could get called out by an UFC champion while still serving an 18 month suspension. Sure, maybe UFC welterweight champion Tyron Woodley knew Diaz’s suspension ended the morning after his UFC 201 win over Robbie Lawler.

Or maybe, only Diaz could play mental gymnastics with other fighters in his division while sitting on his couch thousands of miles away.

From Diaz’s Facebook page we have him causally posting a video of Woodley getting knocked the fuck out in Strikeforce by Nate Marquardt. 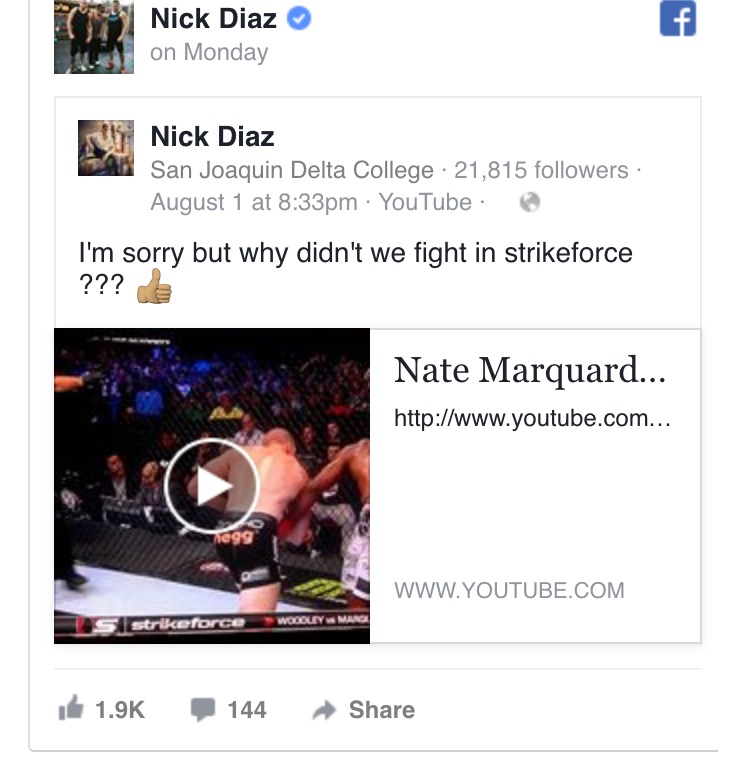 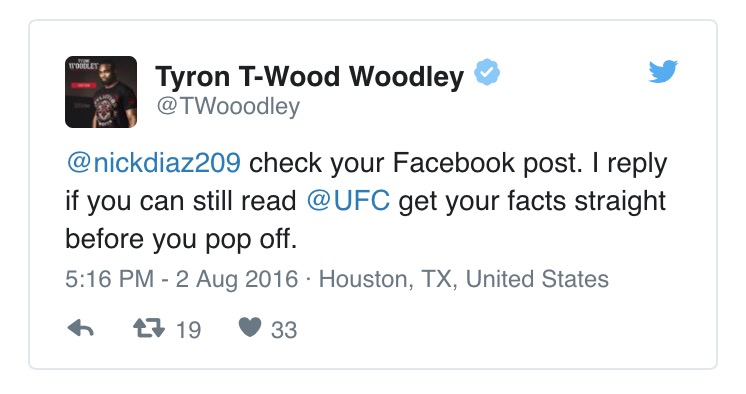 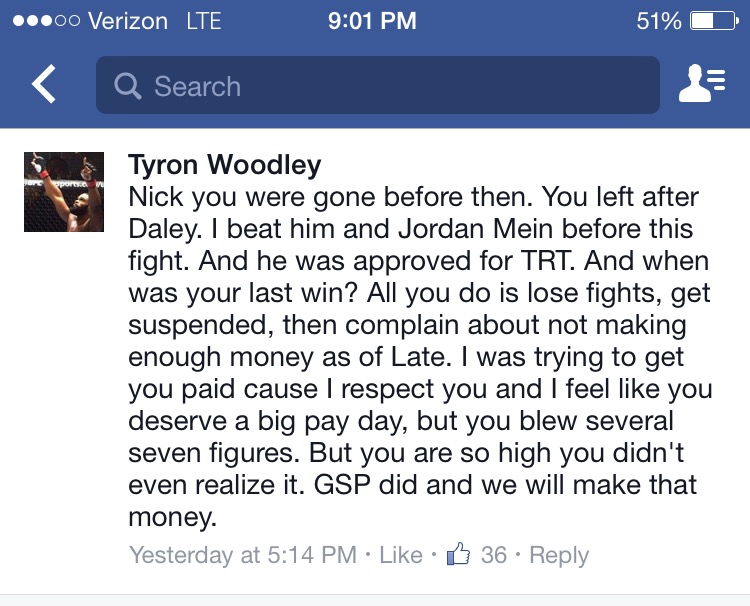 BREAKING: Fedor vs. Cro Cop 2 goes down in September according to this new Rizin poster
Read Next Post →
Click here to cancel reply.