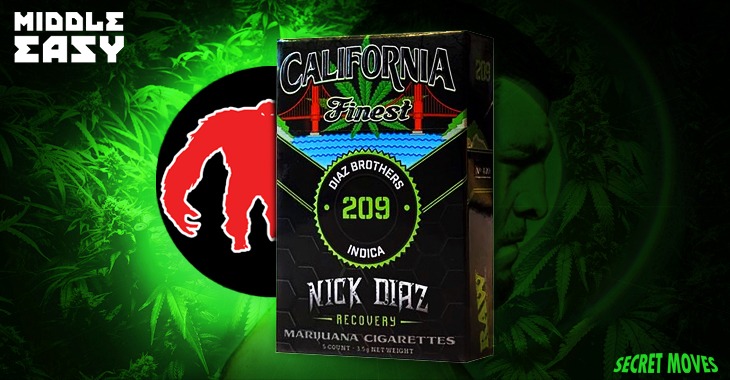 Barefoot in my front yard, I stared at the blinding white sphere above through my eclipse glasses. They were red, white and blue with an eagle flying in front of an artist’s representation of totality. It was so laughably patriotic for little to no reason, I felt like I had a meme on my face. After thinking about it though, illegally smoking weed promoted by an MMA fighter during a work holiday is probably the most American thing I could do. I mean, I got high before I saw Guardians of the Galaxy, so I was definitely toking up if the star of our solar system wasn’t going to be there for three minutes. If any John Q Laws didn’t like that, well, I don’t know what to say other than the terrorists have won.

I parade waved to a group of ladies in straw hats as I ducked into my car. They were sitting in a square patch of grass no larger than ten feet with sweating mason jars full of iced tea. Any other day, it’d be a strange sight to see a group in lawn chairs set up in the parking lot outside of the bank. Don’t get me wrong, it was down-right Twin Peaks-y, but there was only a couple of hours left until the sun disappeared.
Folding my newly acquired Eclipse America 2017 glasses on the neck of my shirt, I started speeding home. These patriotic cardboard spectacles were so rare, I had to attend the eclipse party that my bank was putting on just to get them. They weren’t selling the glasses, but they gave them to any members who were okay with hanging out at the bank while darkness swallowed the Earth. They had hot dogs, assorted bags of chips, and MoonPies. I had other plans though, involving some weed back home that would mess my eyes up way more than their fresh diced onions. 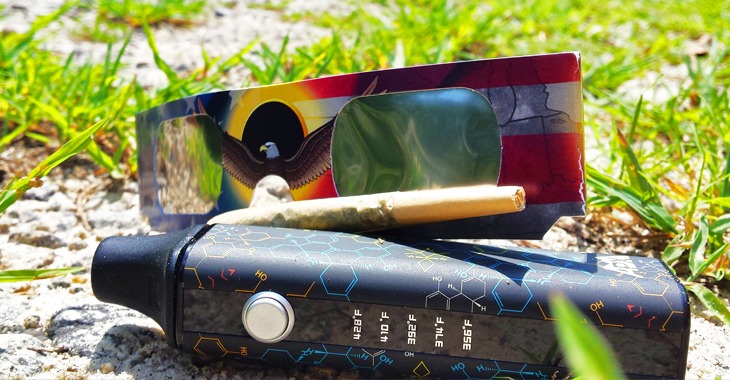 12:55 PM on the Monday the world may end is a pleasant time to puff Super Lemon Haze. Just to take the edge off. A vaporizer warm-up routine felt required before I sparked a nunchaku of pot endorsed by Nick Diaz himself. Exhale. Cue vivid flashback of Pete’s Dragon except with me as Pete. I fixed some cinnamon waffles with almond butter and some honey. The door was open and the breeze was nice. It got eerie still and quiet outside. I felt like it could be the first day of the rest of my life. I was Donnie Darko.
The glow pulled me outside. Your focus on the sun is heightened when you know it’s going away. I grab one of the Recovery pre-rolled joints. Each California Finest joint comes sealed in a glossy rectangle, the kind of package that looks like you’d open it and find a powder that turns your water into lemonade. I tore the corner and the musk of a dead skunk quickly created a new layer of atmosphere. Dank but also sweet, a smell you shouldn’t enjoy but actually do, like pumping gas. Some flora and fauna have their own scent warnings. This was how the marijuana cautioned me. The fact that my next door neighbor could smell this thing if they stepped outside, told me this plant was going to overpower my body and that I had to just make peace with that. Not too long after the first inhale, the moon would takeover the world. I was so concerned about boiling by corneas, that I didn’t think twice about frying my mind.
Perfect chunks were missing out of the nuclear ball in the sky. Shadows shimmered and winked back at me with crescent deformations. It was both strange and absolutely beautiful. I had to rub my eyes; pinch myself. This eclipse started to fool me into thinking I ate mushrooms instead of just being high. Complex is an understatement when trying to describe the musty smoke. Think of an overripe fruit buried in damp, fresh soil. It’s an incredibly strong indica but surprisingly smooth, I don’t recall even coughing once. The marvel of the moment distracted me from how stoned I was. 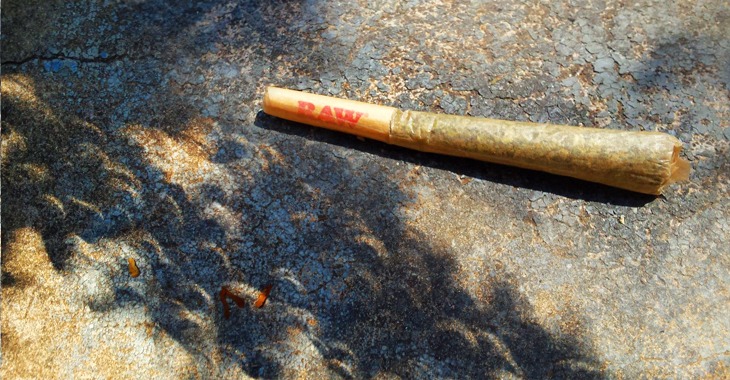 Night came by 2:38 PM. I instantly became comfortable with the idea the sun may never come back, even though it would. It didn’t take too long standing in silent awe before my mind cranked up and drove away. Should I quit writing MMA? I thought about my place in the universe. I thought about my grandmother who just recently passed and imagined that somehow her energy was with me. I thought about how we’re all interconnected and made by the dust of the stars, just now yawning and stretching out of their sleep. Unknown animals called out all around me, either in panic or excitement. Staring at a white ring in the sky, I realized I was completely torched. I placed my hand over my heart, either in panic or excitement.
Crickets turned into blaring cicadas within three minutes. My head, five sizes larger than most days, floated inside the front door while my body vanished. Maybe I should take a baby aspirin, said what seemed the entire house. I’m going to drink some tea, said the throbbing brain I have become. Is this pot supposed to replicate what it’s like to fight Nick Diaz? His named brandished on the marijuana cigarette box started to make sense. To reunite my body and mind, I sat cross-legged on the floor practicing pranayama yoga breathing. I’ve never practiced pranayama before, but I have watched that Wim Hof documentary.
There was a feeling. One of those blinks in time you wish to pin down and stretch. I was bouncing between fear and love on the lifeline spectrum, until I burst into euphoria. I reached Nirvana, or maybe the eye of a Category 5 sativa-indica storm. An internal debate started about whether or not controlled hyperventilation helped my mind’s eye to pierce the veil. It didn’t matter and I wasn’t sure if anything did. Either everything means nothing, or everything means something. What mattered then was that the panic was gone and I had slipped under the trance of an amazingly mellow high.
The total solar eclipse was a truly psychedelic experience on its own, without the need for mind-altering substances. However, the time-melting properties of cannabis helped make the few moments of totality seem longer. The next one is in 2024. I’ll be there with good weed and to tell you that everything means something. 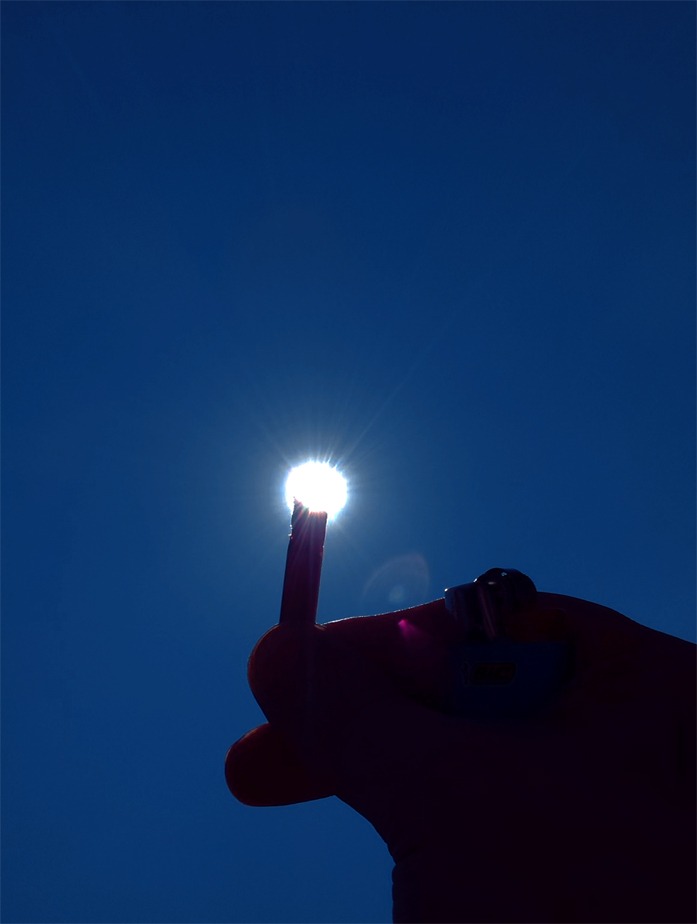 Special thanks to Eric Luna and Tommy Messano. All words, images and photos by Justin Golighty.