We’re still in the first month of 2017 but it’s safe bet that the interim UFC lightweight title fight between Tony Ferguson and Khabib Nurmagomedov may already be a fight of the year contender. Ferguson vs. Nurmagomedov at any weight for any number of rounds for any made up belt you want is always and forever a damn good fight. Writing the names “Ferguson” and “Nurmagomedov” in the same font on the same poster already bumps the pairing up to FOTY status.

Both Khabib Nurmagomedov and Tony Ferguson are two fighters peaking at the same exact time and their parallel upward trajectories can only be halted when they collide with one another. At UFC 209, in the co-main event Ferguson and Nurmagomedov will finally be locked in the same cage, to see which man advances and which man tumbles back down into the hovering 155 pound shark tank below.

A fight heading this direction and reaching new levels of magnitude, needs a worthy poster. Thanks to longtime combat sports artist Adam Nelson AKA Gorilla The Bear we have a poster that lives up to the Tony Ferguson versus Khabib Nurmagomedov hype.

Feast your eyes on the picture below then check your pulse as the MMA blood lust flowing through veins gets injected with a shot of some good old fashioned grand MMA matchmaking. 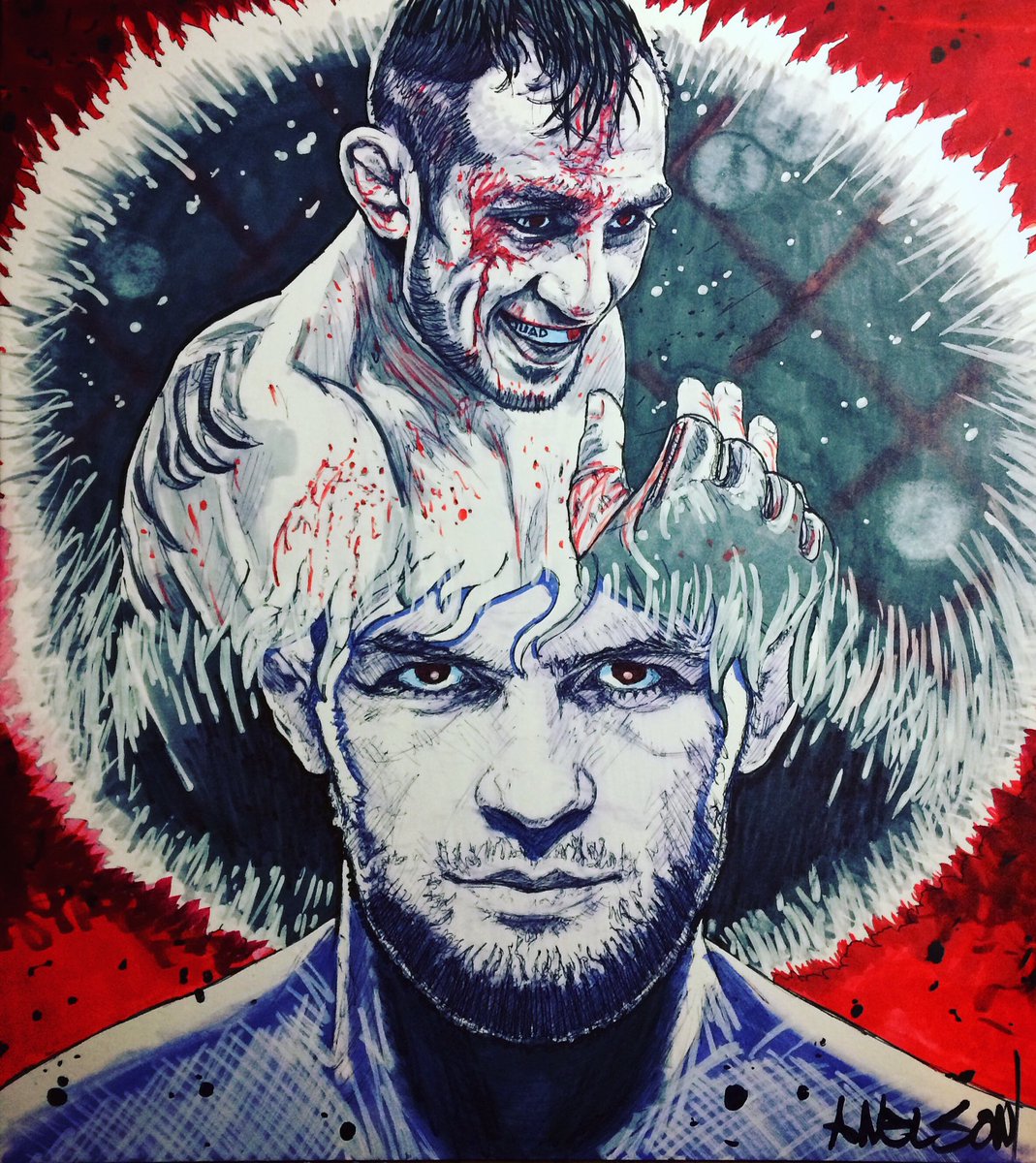 Video: Tyron Woodley and Stephen Thompson get in a fiery debate on race, treatment by UFC and more
Read Next Post →
Click here to cancel reply.