Nate Diaz Claims The Offer Goes Up To Re-Sign, Still Wants Out Of UFC Contract: “Holding Me Hostage”

Fan-favorite Nate Diaz has been a mainstay in the UFC for over a decade and a half. Currently, on the last fight of his contract, Diaz wants to complete his deal and move on from the promotion, at least for some time. There had been a lot of speculation about why he was being shelved despite being one of the biggest stars in the sport.

Now, Diaz has come out to share updates on his current situation.

Nate Diaz wants out of the UFC

In a special episode appearance on The MMA Hour with Ariel Helwani, Nate Diaz shared that he wants out of the UFC. He stated that every time he wanted to complete his last bout, the promotion would offer him a new contract with more money each time.

“I was trying to get the show on the road but they don’t want me out of contract. They’re keeping me in, and they’re holding me hostage. I want out. That’s my main objective here.”

Diaz revealed that he makes more money than anyone else in the game, including the champions who usually get higher pay with the sole exception of Conor McGregor.

“I don’t feel like I have anything else to do in the UFC. I’m ready to move on… money that they’re offering me right now, that they’ve been offering me, they offered me five offers ago, it’s more money than any fighter in the UFC, ever.

“It has been and before the offer, I was getting paid more than any of the title holders, anybody, anyone, maybe not Conor but that’s a different story. They gave all that to him.”

Diaz says that the UFC is “devaluing” him

Diaz feels like the company is not valuing him. He made a fair point about the UFC building other athletes off of him. He referenced Leon Edwards, who got a title shot after fighting Diaz.

“I’ve been devalued the whole time. People have been built off of me left and right. Everybody I fight gets a title fight. Who’s the next title fight, and then who is his last fight? This is recurring. Like I said I appreciate the UFC but they’re valuing me in private but I’m devalued to the public.”

When asked about Dana White’s recent comments saying that he should fight Jake Paul, Diaz pointed it out to be the “devaluing” he was talking about.

“I’m going to give you (UFC) whatever you want, whatever you need and I’m like, ‘I want to depart.’ I can’t do that sh*t no more. That’s the devaluing I’m talking about… I feel like I’ve outgrown the whole sh*t. At least, I need to take a five-minute break for some people to catch up.”

Nate Diaz has been rallying to complete the last fight on his deal for over a year. So far, there have been no concrete developments or official announcements on when he will return. 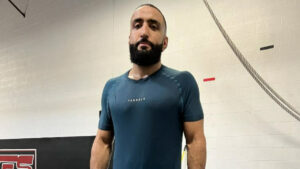 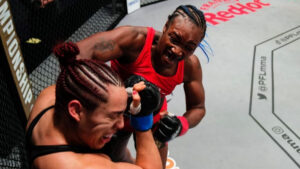 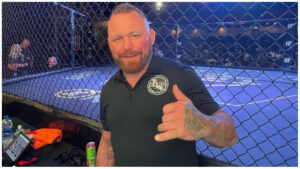