Full Video: Nate Diaz Is Still The Best on the Mic and Owns Everything Conor McGregor Has

Nate Diaz seems like a timeless entity. A soul that has jumped from one kill-or-be-killed body to the next throughout centuries, throughout eras. He’s going to war, that’s what he’s coming with. We just lucked out here on this rock flying through infinity, that we get to witness this current incarnation. The same warrior who is about to fight Conor McGregor a second time.

“Stand us face to face”, McGregor confidently requested. “No”, Dana White defied. There is no way in hell White would let McGregor get that close to Diaz before the fight and risk a Stockton brawl on stage. Diaz just shrugged, pfft, whatever dude. He even stayed quiet at the UFC 202 Press Conference, but mainly due to no one being able to hear shit.

We actually had to wait until UFC 200, for Joe Rogan to take some time out to speak to Nate Diaz to get our gold. Diaz dropped hot fire while just chilling in his plain, Hanes white tee. Diaz told Rogan if this was war, McGregor “wouldn’t even be alive”, and went on to say he’d acquire all his worldly possessions as a result of his slaying. Amazing.

Watch the whole interview below to get hyped before Diaz decides to take McGregor’s life. Rogan’s face says it all… 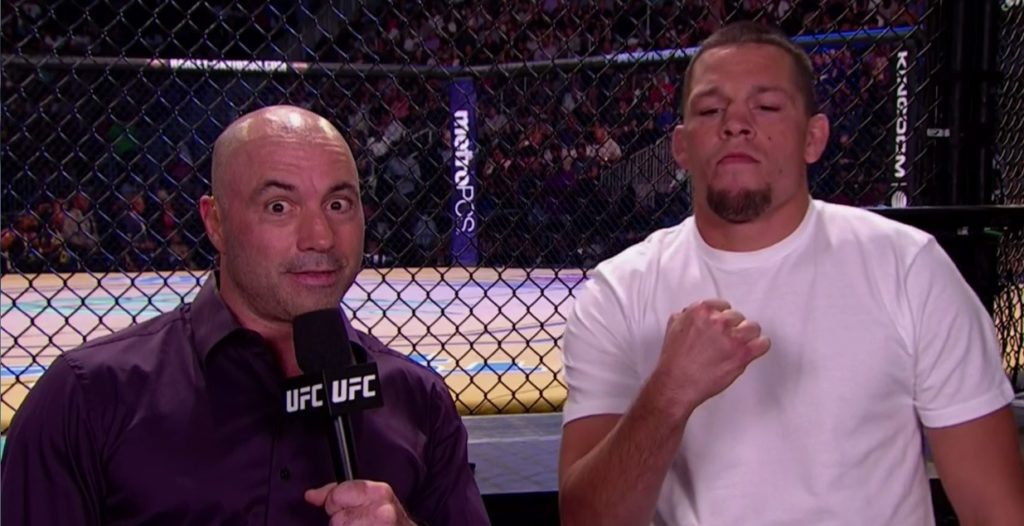