After a highly contested bout in which both fighters showed a great deal of strengh and skills, Rose Namajunas wins a split decision and settles the score against Jessica Andrade 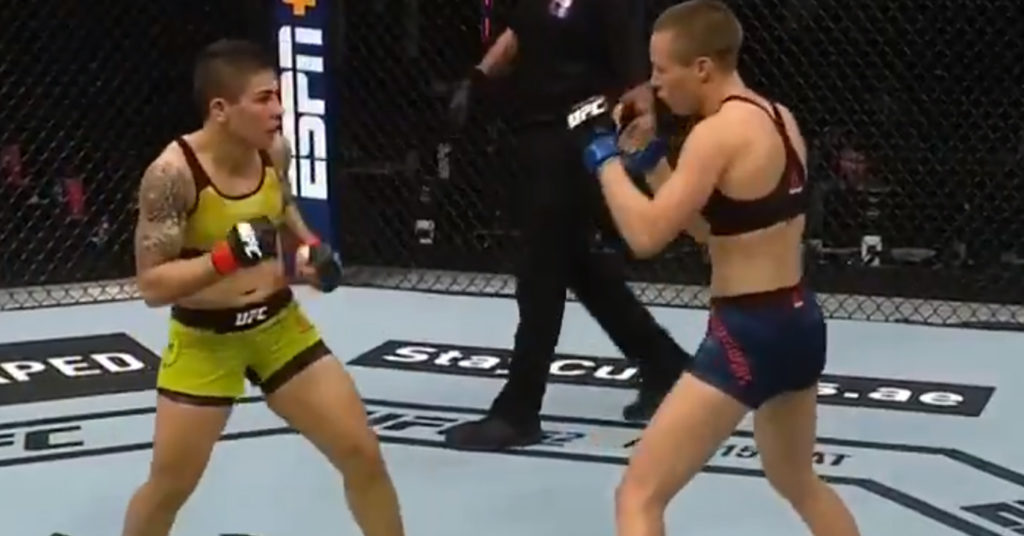 Up next is a rematch in the strawweight division between two former champions: Rose Namajunas and Jessica Andrade from Yas Island in Abu Dhabi.

Namajunas moves around Andrade and lands a kick. Andrade is starting to find her range and she lands multiples leg kicks. Namajunas’ footwork allows her to move in and out of range and land a right hand and a jab. Andrade rushes into a left hook and gets countered by Namajunas. Right straight lands for Namajunas, she lands a knee as Andrade tries to initiate a clinch. Right-hand lands for Namajunas, Andrade shoots for a takedown and eats a knee. Andrade evades a few punches and throws and head kick. End of the round.

Rose Namajunas will auction off her #UFC251 fight kit for makeup artist Suzy Friton, who is battling cancer. pic.twitter.com/LCnskLxTYr