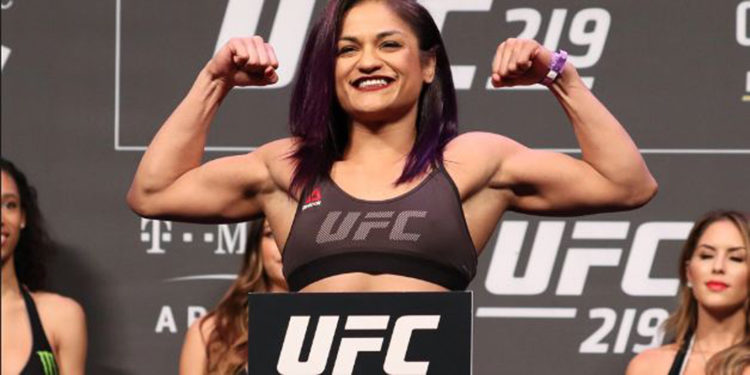 Looks like six months issued by USADA simply wasn’t enough to NAC (Nevada Athletic Commission), which suspended UFC Strawweight competitor, Cynthia Calvillo, for 9 months after testing positive for marijuana. You can say her USADA penalty was light compared to NSAC’s one.

NAC stated she is suspended for 9 months, but it can be halved in the case Cynthia completes USADA-approved drug awareness and management program. NAC ban is concurrent to USADA suspension, so any attempt of decreasing USADA suspension would be useless. (quoted by bloodyelbow.com)

Two years ago, UFC Featherweight competitor Diego Brandao received the similar punishment from USADA after his marijuana metabolites were higher than 180 ng/mL.

Marijuana is in recreational use in the state of Nevada. However, it is strictly prohibited in competitions under Nevada and WADA code. Nevada considered the possibility of removing marijuana from the list of prohibited substances. Nick Diaz got 5 years of suspension, which was later overturned to 18 months, after his third marijuana abuse.

Cynthia Calvillo lost to Carla Esparza at UFC 219, so there was no need to overturn the contest results.

Cynthia Calvillo Tests Positive for COVID-19, Out of UFC 254 Against Lauren Murphy

Israel Adesanya Gets Questioned Over Flabby Pec; What Is Going On?

Paulo Costa Finally Visited By USADA Ahead Of UFC 253