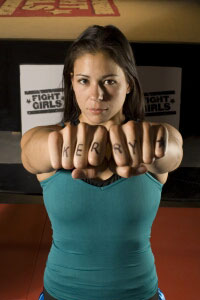 Christmahanakwanza is upon us and I just realized that all I really want for Christmas is to see these guys fight again RIGHT AWAY in 2010. Ok, well I really wanted a trip to Hawaii, a new pair of laceless Chuck T’s and a tortilla press but this an MMA site so let’s focus on the fighting.

Jose Aldo – He had four fights this year and I am fiending for another one. He is on fire. Puts on a great show-good striking, kicks and groundwork and when he wins he RELISHES it. I really want to see him run out fo the cage one more time and whoop it up with the fans. After I saw the pic of him on Bauzen’s 2009 MMA Awards-all I can think about is  wrapping Jose up in a warm tortilla and…

Miguel Torres – My mullet wearing mighty man. Miguel is a scrappy explosive dude who always puts on an exciting fight. I can’t wait to see him fight again-March 6th seems like such a long time from now.

Donald “The Cowboy” Cerrone – I usually think cowboy hats are lamer than lame, but I kind of like Cerrone’s southern smirk and despite him possibly being a little bit dirty with the low blows (Varner and Ratcliff have BOTH been victims of his groin attacks), I like watching him fight.

Jacare de Souza – I wasn’t so sure about Jacare’s ability as to transistion from a grappler to an all out MMA fighter earlier this year. Sometimes a jiu jitsu/grappling guy is just that-a grappler. But, I was thoroughly impressed with Jacare’s striking in this last fight-he’s been working with Anderson Silva’s team and WOW has it paid off. His striking is on point now and I can’t wait to watch him progress. It also does not hurt my feelings to see his prime grade A Brazilian Steak House Buffet for your eyes body in the cage. His body is ridic.

Andre Galvao – If you aren’t into grappling and jiu jitsu you might not know who Andre is. Well, I do and I can’t wait to see him fight MMA because he reminds me of Detective Eddie Torres from New York Undercover and I totally had a crush on him back in the day. That’s pretty much the only reason.

Kerry Vera – If you have to ask why, you obviously did not watch Kerry Vera obliterate Kim Couture last month and Jesus himself just wept for your sin. Kerry Vera is for real…she is the TRUTH, maybe even more so than her hubs. Sorry Brandon-love you too but your wife kicks ass.

Robbie Lawler – Just let this guy fight already! He had 78 fighters withdraw from fights with him in the last few months. I just want this guy to fight already so he doesn’t lose his mind and end up on Celebrity Rehab with Dr. Drew. You can only play mind games with someone for so long before they crack.

Fedor – Because he wears dope sweaters and I pink puffy heart sweaters! Oh and his overhand right is pretty bad ass too.

Andre Winner – @#$%! I want to see those Smuggling Duds orange boxer briefs again-that’s why! I also think Andre is an impressive striker-fast, stick and move and incredibly powerful. Wow what a knockout it was and how it didn’t make the ten best knockouts of the year list I don’t know. I want to see him do it again…soon, and now I’m suddenly craving a tall, extra hot caramel macchaito…yummy. 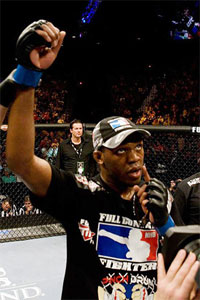 Mac Danzig – Because I miss him. I just do.

Kenny Florian – I want to see Ken Flo fight again ASAP. His walk out song at 107 kicked ass almost as much as he did that night. you can’t not love a dude who walks out to an underground hip hop song.

Ben Saunders – I really appreciate great Jiu Jitsu-especially the exciting stuff like Flying Armbars (waving at Vinny Magalhaes and Robert Drysdale) or inverted traingles but I absolutely to the core love muay thai knees. Ben Saunders, I can not wait to see some more ridic knees, son. Word to your mother. But, please, shave the giant pork chops off your face…the girls over at galsguidetomma will probably make you a PDOTW if you do.

Jon “Bones” Jones – I don’t even have to tell you why. You already know. If you don’t, you just made a PETA diehard kill a kitten and they will start killing puppies for every second you waste trying to figure out WHY you don’t know. Jon Jones is the future of MMA-crazy Judo takedowns, unorthodox kicks, speed, power and ground game. Jon Jones will never give you a boring fight.

Amir Sadollah – That fight with Phil Baroni was one of the highlights of my year and I want to see him do it again. Plus he and Torres are the only two people in the solar system who can rock a mullet the right way. If you want to know how to rock a mullet the wrong way-well just look at Dog the Bounty Hunter and you will have your answer.

Shogun – Because I want a do over of the Machida fight and I don’t want a judge’s decision. Nuff said.

BJ Penn – The trip to Hawaii I was promised in 2010 just got cancelled because Santa is claiming I was on the naughty list this year. That means I will not be able to indulge my Hawaiian accent fetish so I need BJ to fight again right away to help me out with that one. I love to watch BJ fight. He knows what he is going to do to you when he gets in the ring and imposes his will upon you. 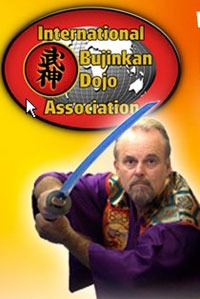 A collection of MMA fighters when they were young
Read Next Post →
Click here to cancel reply.