Murilo Bustamante is coming BACK to MMA! Yes! 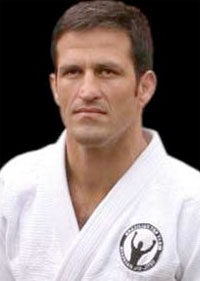 While you were begging your parents for a copy of Duke Nukem 3D back in 1996, Murilo Bustamante was going toe to toe against Joe ‘The Ghetto Man’ Charles in Universal Vale Tudo Fighting 2. Dude was the first UFC middleweight champion and after defending his belt against Matt Lindland, he pulled a BJ Penn and abandoned his title to fight in Japan. He was your favorite middleweight before you even knew what MMA was. Bustamante has banged against Rampage Jackson, Minowaman, Kazuhiro Nakamura, Dan Henderson, Matt Lindland, Chuck Liddell and he will appear in EA Sports MMA (or the designers really, really were off on their Gegard Mousasi character model). In an interview with Fighters Only Magazine, Bustamante says he plans on returning to MMA in 2010.

‘Surely it cheers me up. I have got plans of fighting in 2010 and let’s see how it will work. I’m preparing myself, I’m in Brazil also to train and get into the pace. We’re studying proposals and let’s see what happens.’

‘There’s nothing set but I have been training to fight whereas last year I didn’t have the time to prepare properly, just training with kimono and giving classes.’

Just a few weeks ago I asked someone on Twitter what ever happened to Bustamante. I think someone responded with ‘I saw him in the OC and he teaches at my gym’. A few weeks ago I also asked Kyra Gracie if we could party together after her Brazilian jiu-jitsu seminar in New York. I’m pretty sure her Uncle, Renzo Gracie, read that message and now I’ve been moved to the top of his ‘Guys that I need to find in a dark alley and brutally snap their appendages’ list. Damn. [Source]