MMA Yearbook: A young Fedor Emelianenko and his brother Alexander on the playground

The less said about the look in eyes of young Alexander Emelianenko the better.

Gaining his future MMA abilities through the power of the sun’s Crepuscular rays, the only way a young Fedor’s could contain his mutant powers was by covering his body with sweater. At that age a shirtless teen Fedor was too much for this Earth world.

Please cover that Russian tan with a sweater of absolute victory ASAP.

Check out this rare picture of a young Fedor Emelianenko and his brother Alexander probably just doing Sambo stuff on the local playground park. 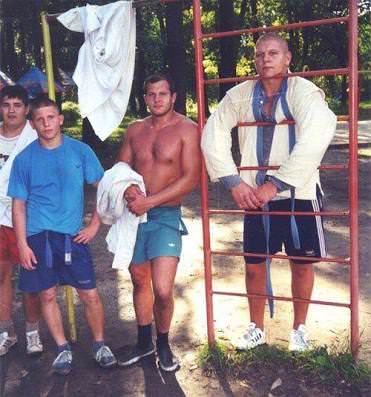 The best video of Joe Rogan twerking in front of a Lambo you will see all day
Read Next Post →
Click here to cancel reply.