John McCarthy, is one of the most experienced referees in MMA history, is moving to the broadcast booth.

News surfaced earlier this month that Bellator MMA had parted ways with long-time color commentator Jimmy Smith. They have already someone to fill the gap.

Bellator MMA officials announced Tuesday afternoon in a press release that John McCarthy will join the promotion’s broadcast booth as a color commentator in 2018. His first event will be Bellator 192 takes places in Los Angeles Jan. 20.

Bellator 192, which is headlined by a welterweight title bout between champ Douglas Lima and challenger Rory MacDonald, while Quinton “Rampage” Jackson vs. Chael Sonnen in a Heavyweight Grand Prix Quarter Final bout will serve as the co-headliner.

“With the addition of ‘Big’ John to our broadcast team, we have put together the premier group of MMA commentators ahead of our Jan. 20 debut on the Paramount Network,” Bellator President Scott Coker said.

“With John and Chael providing analysis, you’re getting two people who have spent more time in the cage than they have spent with a headset on, and that will translate to a positive viewing experience for Bellator fans.”

“I first want to say how grateful I am for the opportunity I have been given to work with the incredible team Bellator has assembled. It is always so hard to leave something you love, but I have always wanted to step away based on my terms rather than someone else’s. My goals are to work as hard as I can to meet the expectations everyone will have for me and to hopefully someday exceed them.” McCarthy said.

“I cannot think of anyone I would rather be working with than Scott Coker. Scott has always been a person I admire because of his honesty, loyalty and love for the martial arts. I want to thank everyone from Bellator and Viacom for the trust you are bestowing upon me to keep the commentating of Bellator MMA at the highest levels of the sport.”

John McCarthy is a retired Los Angeles Police Department officer and has been the third man in the Octagon for some of the biggest fights in MMA history.

McCarthy said that he certainly isn’t retired from referee duties, but he did confirm that much of his focus will be on commentating: (via MMA Fighting)

“Can I go and referee? Yes, I can go and referee,” McCarthy told MMA Fighting. “If I want to go and referee something internationally, I can do it. I can do small shows here if I want. I’ll do charity events and things like that. I’m not gonna say, ‘Oh, I’m retired.’ I’m not retired. At this moment, I’m just taking on something else, so that’s gonna go on the back burner. All of my attention is gonna go toward being the best color commentator I can be for Bellator.”

John has officiated some of the biggest fights in the sport’s history, but that will stop for now, as he will not officiate any Bellator or UFC event. John said he’ll continue to work with athletic commissions.

“I love officiating,” McCarthy said. “I love what I do. I love the people that I get to work with. I love all the fighters. But when I say I’m walking away, I’m walking away from what people are gonna expect. They think that I can commentate Bellator and then go ref a UFC — that ain’t gonna happen. I’m gonna be stepping away from what most people see of me as a referee. I’m still gonna work with athletic commissions.”

John explains the reason, why Bellator showed interest in him.

“I’m here for the entire aspect of the fight. What the fighters are doing, why someone is being successful, what the other person has to do to counter what they’re being successful with. That’s all stuff that they’re hearing now. But there’s nobody right now that’s out there that can explain and educate to the fans the rules of the sport and why fighters need to do something or why judges are going with one fighter over the other in a specific situation. I think I bring that — even at this early start of my career in commentating — I bring that to the table, while a lot of people are guessing when they’re putting something out.”

How do you think John McCarthy will do at the broadcast booth? 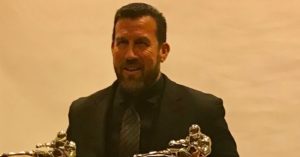 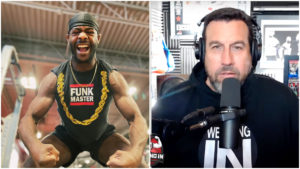 John McCarthy Responds To Aljamain Sterling’s Insults: ‘Champions Are Above That’ 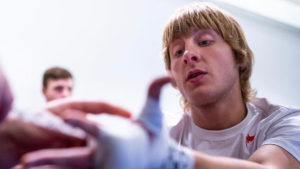