MMA may be banned in New York, but that hasn’t stopped downtown Manhattan from hosting an underground MMA card over the weekend

I wish I can wear rainbows again but I’m not gay so I think that would be misrepresenting myself. I wish rainbows meant something different like an extreme obsession with plumbing. People can then have conversations that begin with ‘Look at that kid wearing rainbows, boy does he loves plumbing. If he works hard enough, he may even become a third Super Mario brother’. Until that day comes, I will just have to write books on the underground MMA fight scene. Whoa, for a minute there I thought I was Jim Genia, author of ‘Raw Combat,’ a book that chronicles the illegal MMA scene in New York, even stating that one particular fight card was held inside of a mosque. God may be a Jon Bones Jones fans, but clearly Allah is a fan of the underground scene. Really, how can you blame him? With a rule set of ‘Everything goes, except no biting or kicks to the ground,’ it’s hard not to see how New York’s underground MMA scene wouldn’t appeal to the masses. Cary Baldwin from The Metro has more on a fight that occurred this past weekend inside of a gym in downtown Manhattan.

But MMA lured more than 100 people this past Saturday night to a downtown Manhattan gym. They came to watch men slug it out in a secret mixed martial arts cage fight.

The rules are simple: No biting. No kicks to the groin. The fighters wear no pads, no helmets and only wrap their hands in thin, four-ounce gloves to protect against broken fingers — caused by brutal hits to the face and head. The goal is to punch and kick your opponent into submission. Yes, chokeholds are permitted.

New York is the only state in the nation where MMA fighting remains illegal. But that hasn’t stopped promoters from organizing about six underground MMA fights a year throughout the metropolitan region, according to Jim Genia, who chronicles the underground world of MMA in his book “Raw Combat.”

Although there’s no video of the underground event, Emily Anne Epstein of The Metro snapped a few photos of the fights that are all overflowing with coolness, the same coolness that made Joey from Blossom your favorite television sitcom character back in the day. [Source] 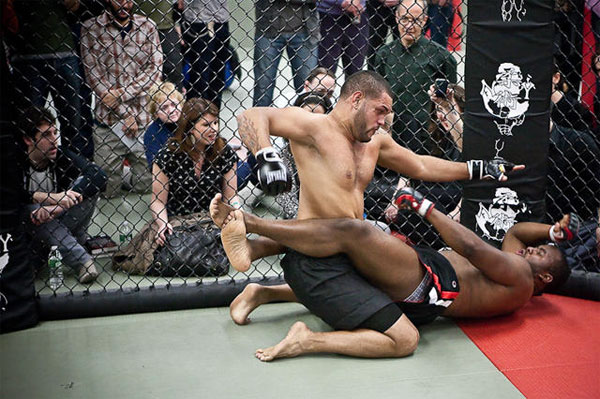 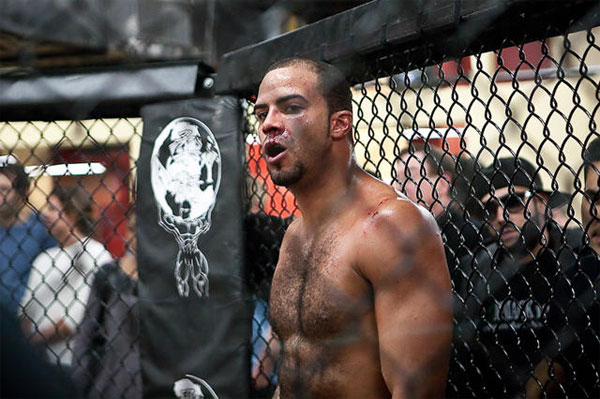 The 2011 No Gi Worlds are done. It's time you know the results
Read Next Post →
Click here to cancel reply.