MMA Math be damned: Anthony Johnson beats up Andrei Arlovski and his UFC gloves at World Series of Fighting 2

Two things popped into my mind while Andrei Arlovski and Anthony Johnson battled it out in the World Series of Fighting. Number one: I want Fedor vs. Rumble Johnson. Make it happen, NBC. Number two: There’s a fun game you can play that throws out any preconceptions you’ll ever have about MMA Math and the world we live in. Basically, you take a pre-UFC 50 heavyweight and pit him against an Anthony Johnson opponent. The most fascinating matchups include Pedro Rizzo and Charlie Brennenman, Dan Hardy vs. Josh Barnett, Vitor Belfort vs. Pedro Rizzo, Josh Koscheck vs. Mark Coleman and the best: Vitor Belfort vs. Vitor Belfort.

Now if you ever run into Anthony Johnson at a party, you can tell him that he’s the key to Vitor Belfort fighting himself in a strange, MMA Math anomaly. We promise he will be fascinated.

Rumble Johnson and Andrei Arlovksi just spent the better part of fifteen minutes beating the hell out of each other, and in the end, the judges gave the fight to Anthony Johnson, despite him fading hard towards the end of the fight. Arlovski’s struggles to get the fight back were no match for Rumble and his cage control and edge on the feet. I can’t believe I’m writing that Anthony Johnson and Arlovski just stood and traded blows and Anthony Johnson was the better striker, but I am. The fight nearly ended as the bell rand at the end of the first round after Johnson dropped Arlovski with a stiff combo, but Andrei rallied and survived. Yes, his chin looked fairly solid, if not a bit bloody.

Now we would rally for an Anthony Johnson/Tyrone Spong fight in WSOF if they weren’t both from the Blackzilians. Damn. What now?

Thanks to Nixson Sysanga for the pic.

Here’s a picture of AA with his broken jaw and missing teeth, by the way. 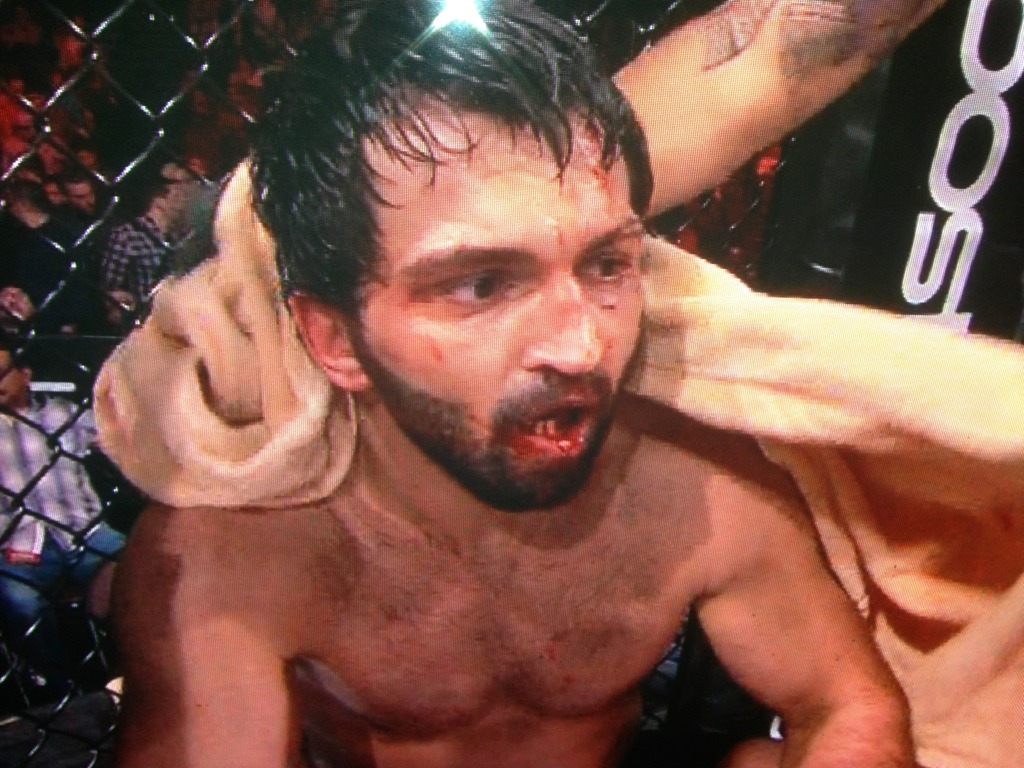