MMA is still illegal in NY, but Muay Thai is coming to Madison Square Garden and you can go for $21!

If you’re driving into the New York City on Friday night, chances are the parking garage for the duration of your visit is going to cost you more than $21.  If you’re taking the train, it’s probably going to cost you even more.  A couple of Long Island Iced Teas for you and that girl at the bar who probably isn’t going leave with you because she suddenly remembered she has a boyfriend = another $21 (and even then, you’d probably have to stiff the bartender).  The cover for any night-club where you can demonstrate the swag in your Dougie… That too will cost you $25 or more.  At the end of all those scenarios, you’ll be out nearly $75-$200 (depending on whether or not you run into Phil Baroni at the bar) and you’ll go home feeling like you did every night of your late teens; broke, hung-over, and sexually frustrated.

You’re a fight fan.  The only reason you’re out in the city trying to mingle with other people is because there’s no other MMA on TV that you find worthwhile.  It’s a bummer, and if I could give you a hug to demonstrate I understand your frustration, I would totally do it. So would the rest of the MiddleEasy crew. We like hugging almost as much as we like combat sports. The only thing we like better than fighting is getting to watch amazing fighting live for a crazy low price. And for the next 4 hours or so, you can get your ticket to watch the best Muay Thai show ever put together on the East Coast for just $21.

The MiddleEasy crew has been excited about this show since it was announced several months ago. To get some background on the fighters competing:

·      Jarrell Miller (16-0) and Brian Collette (12-0) will both put their undefeated records on the line in a heavyweight fight that’s sure to end with one fight lifeless on the canvas.  Miller actually has a win over current UFC heavyweight Pat Barry in a kickboxing match under K-1 Rules back in 2008.
·      Then there’s Sean Hinds, former student of Phil Nurse, has consistently been one of the biggest draws in NYC’s history; competing on since the sport was condemned to basement-only entertainment.  The man is widely regarded for his unreal KO power & endless gastank.
·      Last year’s TaKe-On tournament winner Brett Hlavacek will also defend his perfect pro record against Chris Clodfelter.  Brett has been one of the WAT’s head instructors for years, working with fighters like Frankie Edgar and Jon Jones.
·      Brett’s teammate Nick Vaughan is also fighting on the card.  He is the current TaKe-On champion, and Kru Phil Nurse’s own nephew.  Nick defends his title against Brian Hutchings from Megalodon in Georgia.
·      Two flyweight fights also showcased on the card including seasoned veterans like Thiago Azerado, Andy Singh, Eric Ruiz, and Anthony Demaio.  These are truly some of the best fighters on the planet at 125lb – Expect them going airborne throughout the fight with the wildest flying strikes you’ll ever see live.  If you have a video camera, you might want to record the rounds and watch them in slow motion.  Not sure if that’s allowed or not, but you should do it anyway.
·      In the main event, UFC veteran Ryan Madigan will fight Rigel Balsamico.  This fight was actually supposed to happen last year.  Both fighters made it up to New York City, made weight, got in the ring, and Ryan refused to remove his kneepads as per sanctioning rules.  The fight was cancelled on site, and fans ultimately left FridayNightFights angry and frustrated.  I was actually one of them.  Rigel has been bitter about the whole situation ever since.  This being Rigel’s last fight before retiring, there is nobody he wanted to smash more than the former UFC competitor.

MMA might still be illegal in New York, but the most exciting fighters to ever step on the big stage in Madison Square Garden’s history go to war this Friday, and you’d be a out of your mind to miss them for only $21.  You’ve got four more hours to get in on this amazing discount at the biggest event in Muay Thai history, so get over to Groupon and buy your tickets now. As an added bonus we’ve gotten confirmation that Badr Hari will be in the building the night of the event. If Badr Hari is going, you know this event is badass.

You can visit the TaKe-On website to see the full fight card and enjoy the gallery of photos from previous events below to see what you can expect from this historic event. 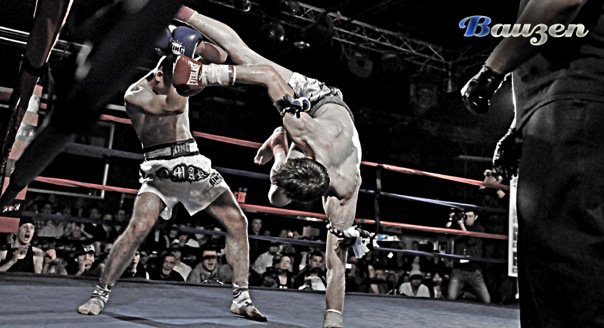 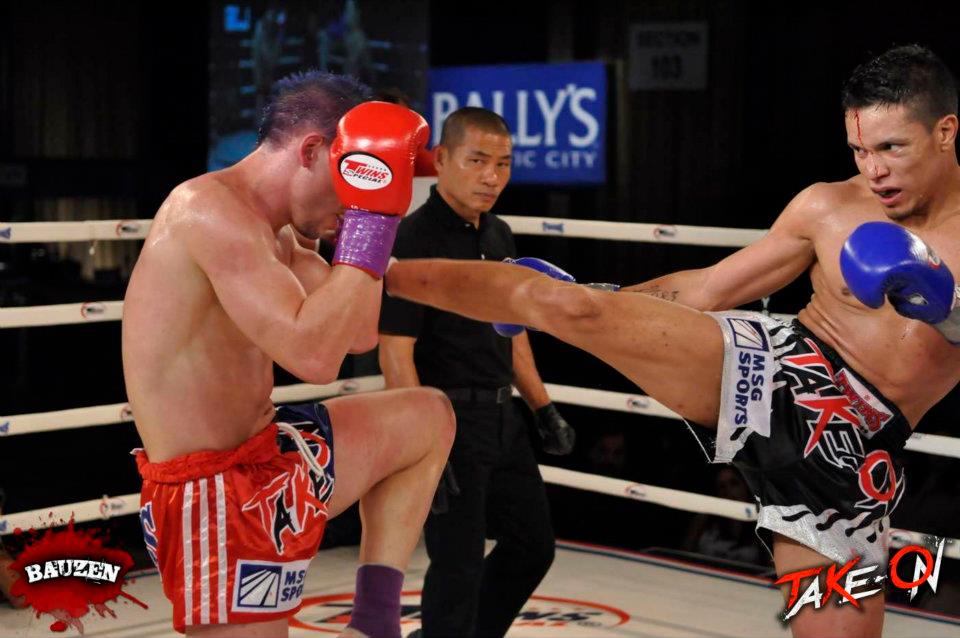 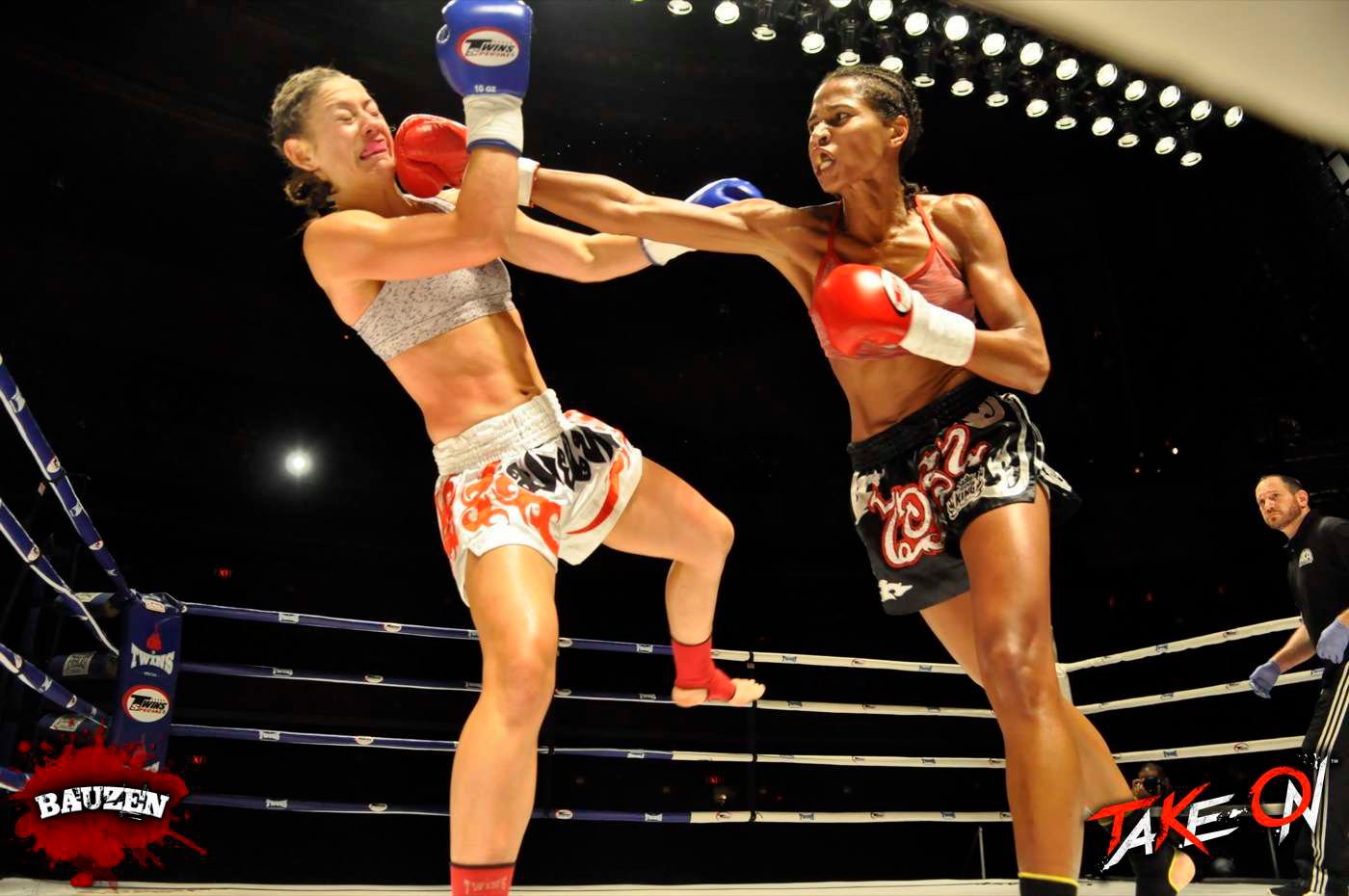 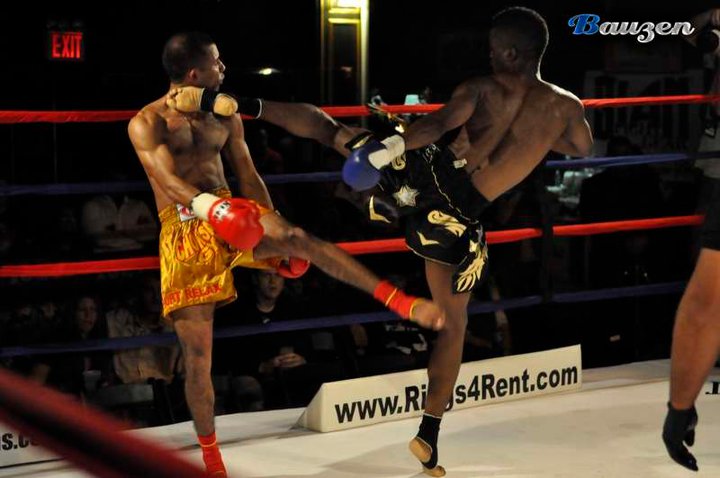 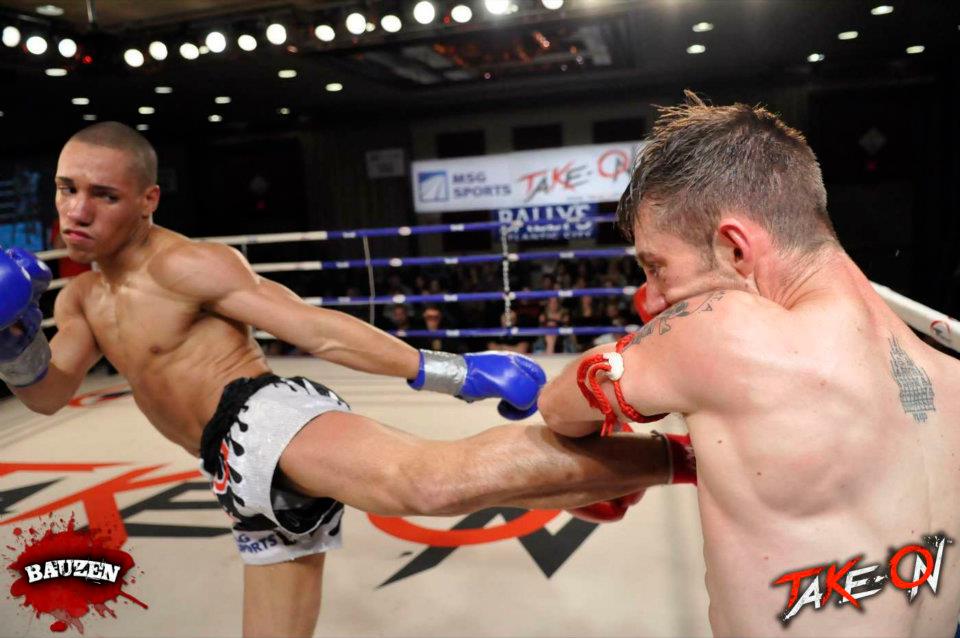