Ollie Flint 29 made his amateur MMA debut at Shock N’ Awe 26 earlier this month in England and finishes off his foe Aaron Gray in what may be the amateur knockout of the year.

Aaron Gray was throwing a kick, Flint bowed under and spun around, catching Gray with a vicious spinning head kick in one beautiful motion.

Flint 29-year-old was denied a stunning victory on his amateur debut despite initially being awarded the win by the referee.

Later the fight was ruled a ‘no contest’ as it had overrun by 17 seconds due to a timekeeping error. 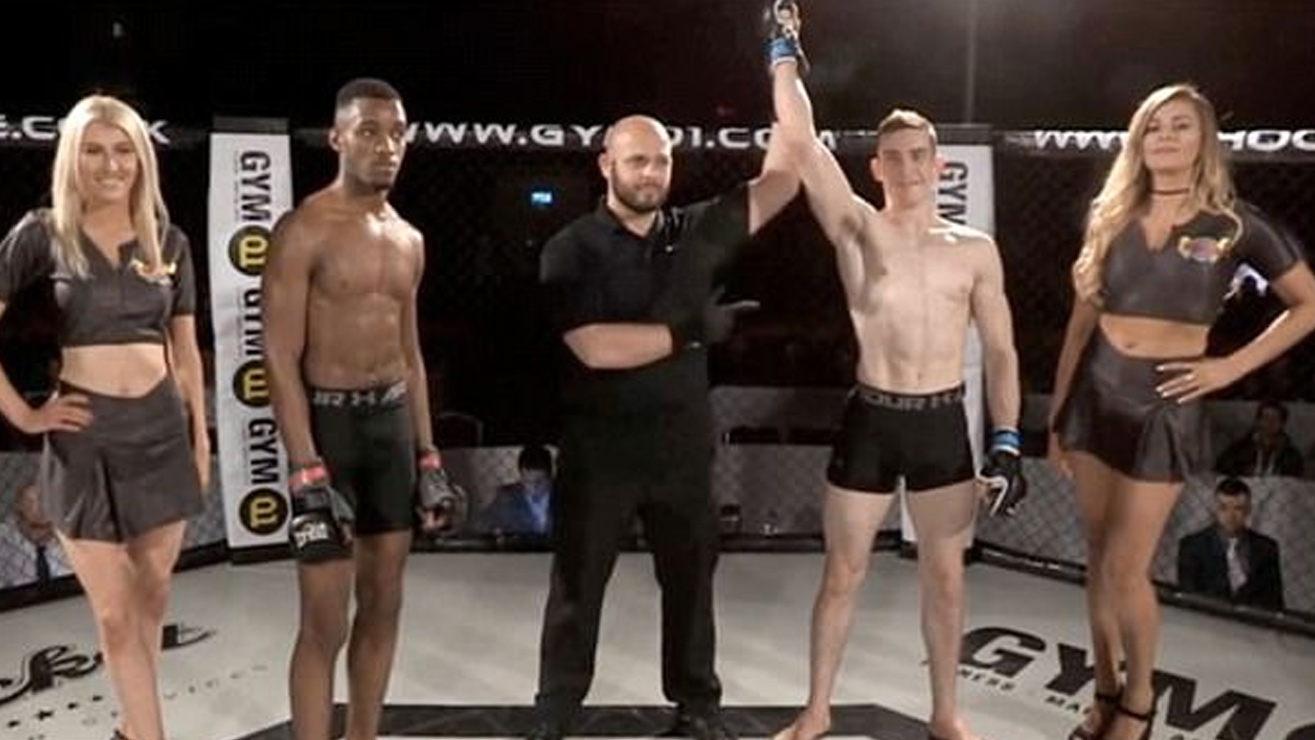 ‘The decision to overturn the fight to a no contest was taken immediately, and the official records were updated within 24 hours of being notified of the overrun (Tuesday 14th November 2017).

‘After a thorough investigation as to how this situation has occurred, it has been concluded that human error played the whole part in the over run of the round.

‘A new timekeeper who was working his first round, of the first fight of the night made a very unfortunate over site [sic].”

Watch the full fight highlights below:

A Lesson in Street MMA: All the best Black Friday 2017 shopper vs. shopper fights in one post
← Read Last Post

Video: Michael Bisping suffered 2 concussions in 3 weeks and we should all feel bad about his future quality of life
Read Next Post →
Click here to cancel reply.