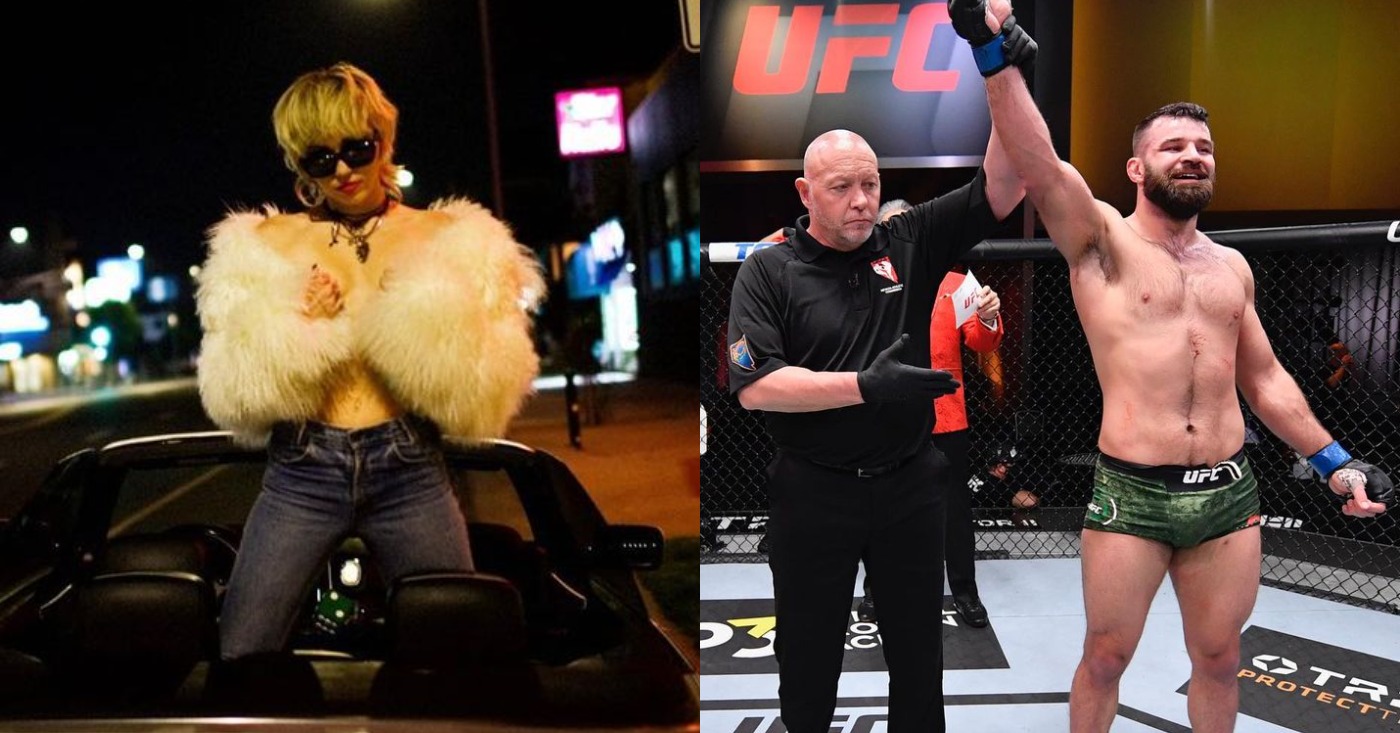 UFC middleweight Julian Marquez made an impressive return to the Octagon at UFC 258, following a 3 year lay off. ‘The Cuban Missle Crisis’ overcame early adversity against the hard-hitting Maki Pitolo, catching his opponent with an anaconda choke in the third round. Still buzzing from the adrenaline of picking up such an impressive win, Marquez made a rather unique post-fight callout.

A One-Of-A-Kind Callout From Julian Marquez

Marquez used the interview with Joe Rogan to publically ask American pop star Miley Cyrus to be his Valentine. To the shock of many, Miley actually replied.

“Shave an MC into your chest hair and I am YOURS. Happy V-Day and Congrats my love!

However, Marquez attempted to turn the tables on Cyrus, requesting she get a henna tattoo of his nickname.

@MileyCyrus If you get a henna tattoo that says Cuban Missle Crisis above your belly button like 2pac I’m in #ThugLife 😏 https://t.co/cGA4gBOVJI pic.twitter.com/I6TqI0fNz9

Miley has since replied, and she clearly is not impressed. The singer posted the following picture on her Instagram story with the caption:

“This could be yours but you dumb”

Miley Cyrus is one of the biggest names in the music industry, with her Wikipedia page stating that she has attained the most US Billboard 200 top-five albums in the 21st century by a female artist, as well as being nominated for an incredible 171 major entertainment awards.

Marquez currently holds an 8-2 record, with 2 wins and 1 loss in the UFC. He made his way into the organization by way of DWCS, where he knocked out Phil Hawes in 2 rounds.

Georges St-Pierre: The Thought Of Beating Kamaru Usman 'Doesn't Get Me Motivated'
Read Next Post →
Click here to cancel reply.