Mike Perry is auctioning off a cornermen position for his next fight and has gained the interest of Darren Till, the NFL, and a nude cam site. 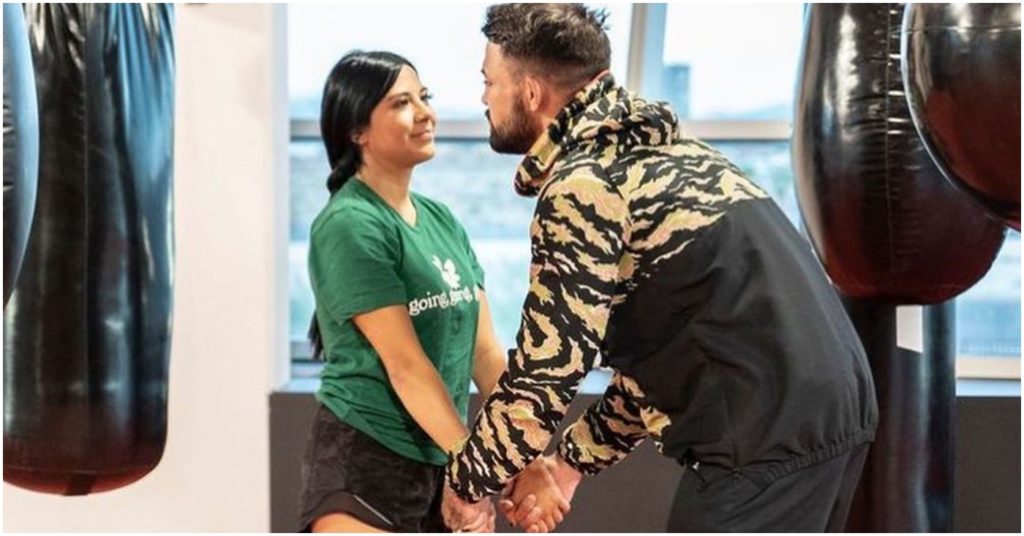 “Platinum” Mike Perry has been known to do wild things inside of the UFC octagon. Unfortunately for some, he is just as wild outside of the cage. Furthermore, Perry’s latest fights in the cage have been innovative from the standpoint of coaching. Having his girlfriend as his lone “cornerman,” Mike was able to beat Mickey Gall at UFC Vegas 4 with her assistance. Now, Perry is stating that whoever pays the most money, can corner him in his next fight alongside Latory. As expected, a host of whacky options threw their name in the hat to corner Perry, led by popular adult content streaming site, Cam Soda.

The cornerman auction more thank likely won’t be granted by the UFC. After all, they wouldn’t like the idea of a fighter making money from a cornerman whose primary job is to coach professionally. Latory, Perry’s girlfriend, may not be a professional coach. However, she’s also not paying to be there. Nonetheless, a host of offers offered their name for consideration. Let’s take a look at some.

Cam Soda is an adult streaming platform. Believe it or not, the company’s interest in cornering Perry doesn’t steer far away from the brand’s philosophies, as they’re painfully in the MMA business.

CamSoda — the adult streaming site that recently promoted their own "Fight Circus" card is offering Mike Perry $10,000 to send one of their cam girls to corner him against Robbie Lawler.

Darren Till has competition. pic.twitter.com/MK5aZOj4dk

“CamSoda — the adult streaming site that recently promoted their own “Fight Circus” card is offering Mike Perry $10,000 to send one of their cam girls to corner him against Robbie Lawler,” wrote Damon Martin on Twitter.

UFC welterweight/middleweight contender Darren Till also offered his services. However, his $5,000 bid isn’t currently enough to get the nod over Cam Soda. Of course, fans already drew up multiple scenarios of how Till could throw the match for Perry.

Now that I’m in @PlatinumPerry ‘s corner,
How much will someone pay me to throw the towel in.?
😂😂😂😭😭😭

Popular MMA manager Malki Kawa relayed the message that some of his NFL clients could be interested in the job. However, no names were mentioned in regards to who it could be. Currently, Kawa manages a host of NFL players including Jon Jones’ brother Chandler Jones, and Cleveland Brown Tight End, David Njoku.

Hold your horses… I got a few calls from some of my @NFL clients to potentially corner him… this is crazy!!! https://t.co/JON6CRWQr7

While the publicity stunt is attracting lots of potential buyers, it most likely won’t happen. The UFC has denied fighters in the past for trying this same move. Plus, cornermen need a license that could be difficult to come by. Crazier things have happened inside of the octagon though. So, fans will have to wait and see what happens.