Mike Perry Suffered A Nasty Injury Versus Vicente Luque In The Co-Main Event Of UFC Uruguay!

But the bout will be remembered by one of the most disgusting broken noses ever seen. Vicente Luque delivered a strong strike in the third round that crushed Perry and caused the enormous amount of damage. 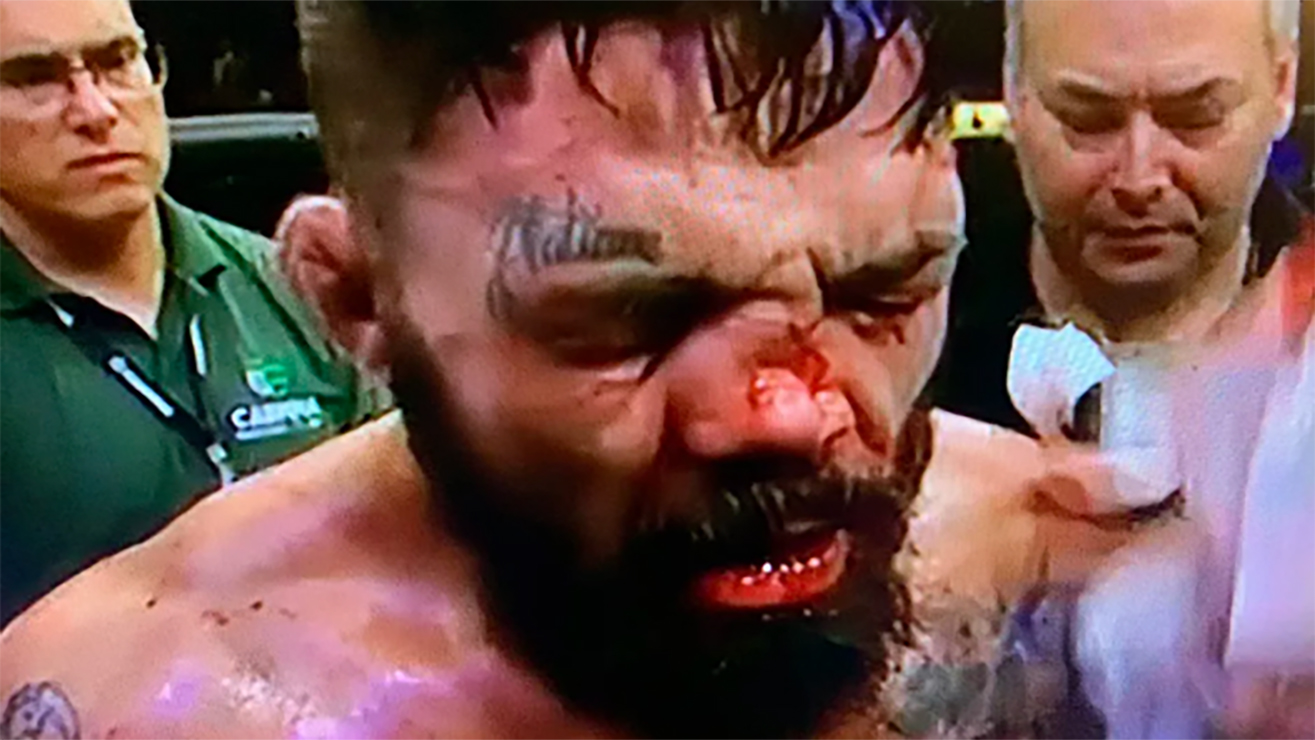 Mike Perry will have to undergo a serious recovery now. MiddleEasy hopes he’ll at least get the 50,000 bonus for the Fight of the Night. We hope “Platinum” will step inside the Octagon as soon as possible again.