MiddleEasy fighter, James Krause, gets down tonight on RFA 4. Watch him on AXS TV tonight!

This show is more stacked than a 1989 Dolly Parton. That’s my Michael Schiavello impression for the day. It only works if you shave your head and say it in an Aussie accent. Alright, now that you shaved your head, I must admit that it doesn’t work. Don’t worry, you can give your hair to some kid at the Children’s Hospital. That’s your good deed for the day. You can now say that you’ve touched more children’s lives than a Michael Jackson slumber party. Forget it, I’ll leave the Schiavelloisms to the master and continue to eat this bag of peach rings I found in an old duffel bag.

Tonight, MiddleEasy fighter James Krause scraps on Resurrection Fighting Aliance 4, going down at 7pm PST on AXS TV (formally HDNet). Many of you remember the last time Krause rocked the MiddleEasy monster and scored that ridiculous head kick KO back in 2011. Now a little bit less than a year later, we can only assume that The Poster Boy will make yet another animated .gif tonight at RFA 4. 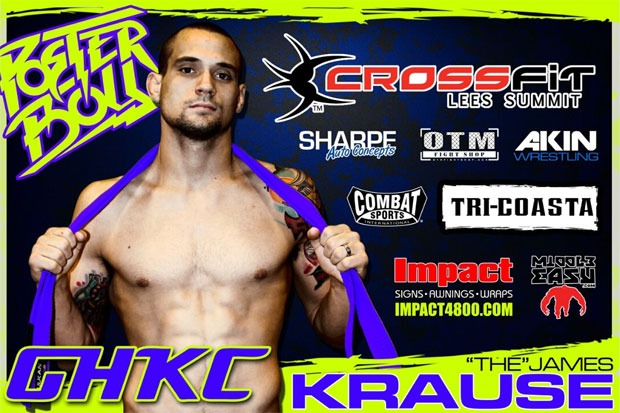 Check out the highlight we made of James Krause a few months ago and be sure to follow him on Twitter @TheJamesKrause. Don’t forget, RFA 4 goes down tonight at 7:00pm PST on AXS TV!