Michelle Waterson and Jessica Penne just had one of the best fights of the year by far, wow! 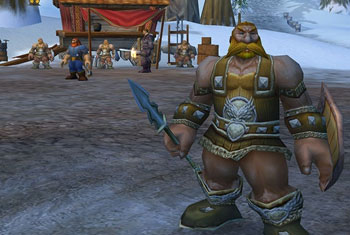 At this point, I think it’s fair to bring up the idea that Invicta FC’s CEO, Shannon Knapp, has sold her soul to some sort of mythical creature that grants the power of superlative matchmaking and fight card assembling. How has every single Invicta fight card satisfied in ways most can’t even comprehend? It doesn’t add up. These cards are too good to be true.

In typical Invicta fashion, we were treated to one of the best fights of the year when the Karate Hottie took on Jessica Penne for Penne’s Invicta atomweight belt. What we got was nearly twenty minutes of near finishes, crazy exchanges, some of the wildest back and forth grappling in a long time… Not to mention one hell of a loud jab to the forehead of a kneeling Jessica Penne.

After an armbar from Penne that looked like it was going to snap Waterson’s elbow, the Karate Hottie was able to rally back and latch onto Penne with an armbar of her own, and moments later Waterson held the belt aloft with tears streaming down her face. Incredible. I want to watch the fight again immediately. Dollar for dollar Invicta is probably the most entertaining organization out there. Man. In honor of this big win for Michelle, here’s our first article we ever wrote about her, over three and a half years ago. Enjoy.

To Penne, there’s no reason to hang your head. We think there should be an immediate rematch. In fact, if it were up to us, we would force these two to fight each other until the end of time — and it would never get stale.

Thanks to Zprophet for the .GIF!

Cris Cyborg just told the world that she's back, and she let her fists do the talking
← Read Last Post