While having his party for Super Bowl LV, Michael Chandler throws a bottle of Dustin Poirier's hot sauce in the trash 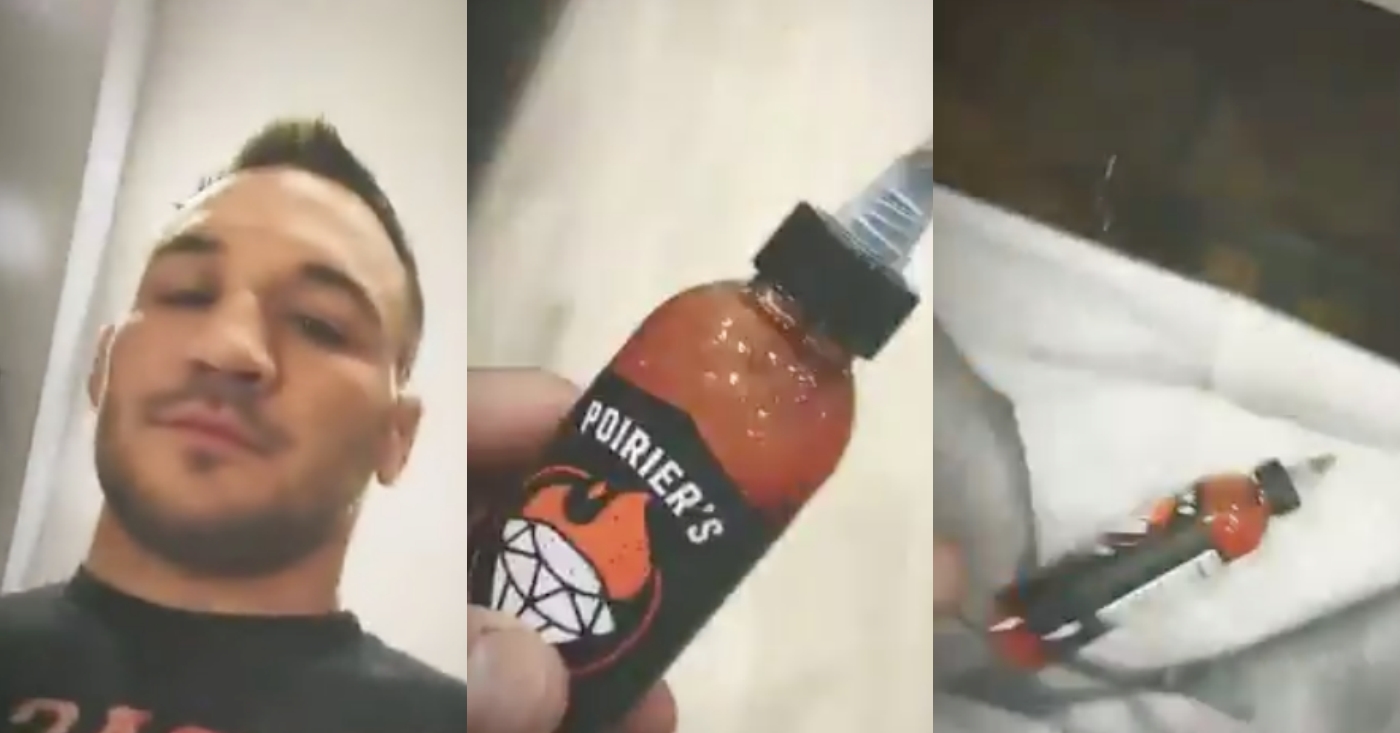 Nothing goes better on Super Bowl Sunday than having hot wings. However Michael Chandler decided that Dustin Poirier’s hot sauce might not have been good enough for his chicken, and made it known.

Poirier was actually suggested to be the man welcoming Chandler to the UFC.  The former Bellator champion was primed for a big debut, especially considering he was originally slated as a backup for the lightweight title.

In the end, Poirier would rematch Conor McGregor, TKO-ing him in the second round of the UFC 257 main event. Taking place just before that, was Mike running through Dan Hooker in the first in the co-main event.

After this wildly impressive UFC debut, Michael Chandler has been vying for a fight with Dustin Poirier for the lightweight title. Recently, he decided to take these efforts to a personal level.

It has been made clear that Poirier’s new Louisiana Hot Sauce is important to him. So taking to his Instagram Stories on Super Bowl Sunday, Mike sent a message by dropping a bottle of this hot sauce right in the trash, rather than put it on his chicken wings.

Now we know what you’re thinking: how could Chandler be such a monster? Well, fear not! He then added a part two of this video, where he takes the bottle out of the trash, adds it to his wings, and actually pay it a compliment.

Now all things considered, this is actually a pretty funny way for Michael Chandler to take a jab at Dustin Poirier. It is a refreshing change of pace from the typical types of trash talk that fighters usually try.

Dustin has been a bit hesitant to face Mike, but with this bold move, he might just prompt a fight with the Diamond.

Frankie Edgar Opens Up About His Knockout Loss To Cory Sandhagen: "This Game Can Be A Curel B*tch"
← Read Last Post