Michael Bisping has a lot to say about Vitor Belfort from this weekend.

It is no secret that Michael Bisping has a certain hatred built towards Vitor Belfort.

Belfort would play a big role in Bisping’s fighting career (and health), taking out his eye with a powerful left headkick in 2013. Although, having only one eye, this major setback wouldn’t stop the Brit from eventually capturing UFC gold in 2016.

8 years after their first meeting, Bisping still has almost no respect for Belfort because of his steroid use back in the day. He believes the Belfort he fought was juiced up to the gills with the aid of testosterone replacement therapy (TRT). The former UFC Champion has always had a strong opinion about fighters who used performance enhancers.

Now out of the UFC and without the overlooking USADA, Bisping believes the Brazilian is back to his old ways, taking steroids surrounding his successful boxing debut against 58 year-old Evander Holyfield. Actually, he doesn’t just believe, he guarantees Belfort is back on the juice.

“Evander went out there, he looked so slow.” Bisping said on his YouTube channel. “Fair play to Vitor Belfort. He did look fast. He looked like, for some reason, somehow he hit puberty again for like the fourth time in his life. His muscles were growing back. No doubt. He had spots on his back as well. And he looked fast. It was all back. I guarantee he was on steroids. He was on everything under the sun. Now fair play, I guarantee that Evander Holyfield was as well, you don’t look like Evander Holyfield at 58 years like that, unless you get a good doctor and you got an ass, like a dark board, it’s as simple as that.”

While it is likely that both fighters were taking performance enhancers for the best result possible, Bisping thought Belfort took it a bit far in his exhibition match against the ‘old age pensioner’ Holyfield.

“If it’s an exhibition bout, come on, take it easy on the guy a little bit. It’s clearly obvious when he fell through through the ropes… we don’t see that from boxers in their prime. Then he drops him and puts him down. And he’s back on the feet. Is that okay? There’s the time now, Vitor to maybe step off the gas a little bit and have a little play. It’s clear. You’re at this point, better than him because of your athletic ability, because you’re faster. He’s 58 years old and he’s old news and he’s got too many miles on the clock.

“He’s a brave, broken down, old vehicle. He is conquered out right before your very eyes. Take it easy. Play the game. You were fighting like this was personal. Evander Holyfield hasn’t done anything to you. Give the people what they paid to see.  Whoever partied ways with their money on Saturday and had to watch that shit show. Give them what they paid to see, give them an exhibition match.”

A post shared by Vitor "The Phenom" Belfort (@vitorbelfort)

Bisping On The Blitz

The former UFC Light Heavyweight Champion would mow down Holyfield like a lawn. He would take no time in blasting the boxing great. The fight was called off inside the first round after a vicious onslaught of punches.

“You were fighting him like he insulted your mother. You fought him like you were Tyron Woodley and he talked shit about mama Woodley. My god, leave poor Evander alone. Have a little exhibition match, but you didn’t do that. You went out there, you blitzed him. Fair enough. You got a first round stoppage against over an old guy or an old guy that can’t clearly fight anymore. Then you celebrated like you just knocked out Mike Tyson in his prime.”

Do you agree with Michael Bisping? 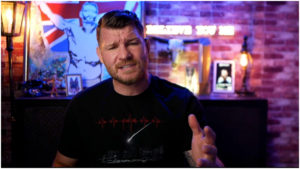 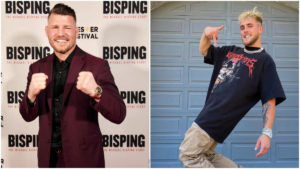 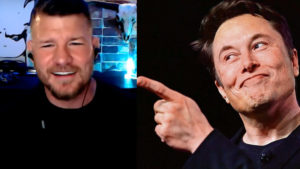 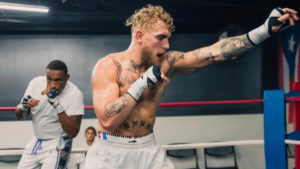