In a showing that epitomizes why MMA is an amazing and unpredictable sport, Bisping left the entire planet in awe with his shocking first round knockout of Luke Rockhold. For better or for worse, the UFC has a new big-mouthed British Middleweight king and he is loving it. To tell you the truth, we are too. After the fanfare subsided and the family kissed, Bisping snaked a couple of ice cold cruisers and headed to the post-fight presser where all hell was about to break loose.

Rockhold was seething after the loss and that continued into the post-fight presser. He had just finished calling Bisping a “fucking piece of shit” and wanting to kill him when there he was. Bisping waltzes in smug as he should be carrying his new UFC belt and sipping a beer. What happens next is not surprising except that the tables have turned in the verbal battle.

Just give these guys there own show already. That Odd Couple reboot sucks anyway, throw Bisping and Rockhold on there and break ratings records. If that wasn’t enough, it didn’t stop there. At the very end of the full presser, Bisping tried one more time to shake Rockhold’s hand but the broadcast stopped just before we see the reaction. Luckily, the internet never fails.

Check out the brawl that almost broke out complete with Faber standing by and Dan Henderson awkwardly walking through.

So apparently this rivalry between @ufc champ @bisping and @LukeRockhold isn't quite settled just yet. pic.twitter.com/Wj4XQclYn9 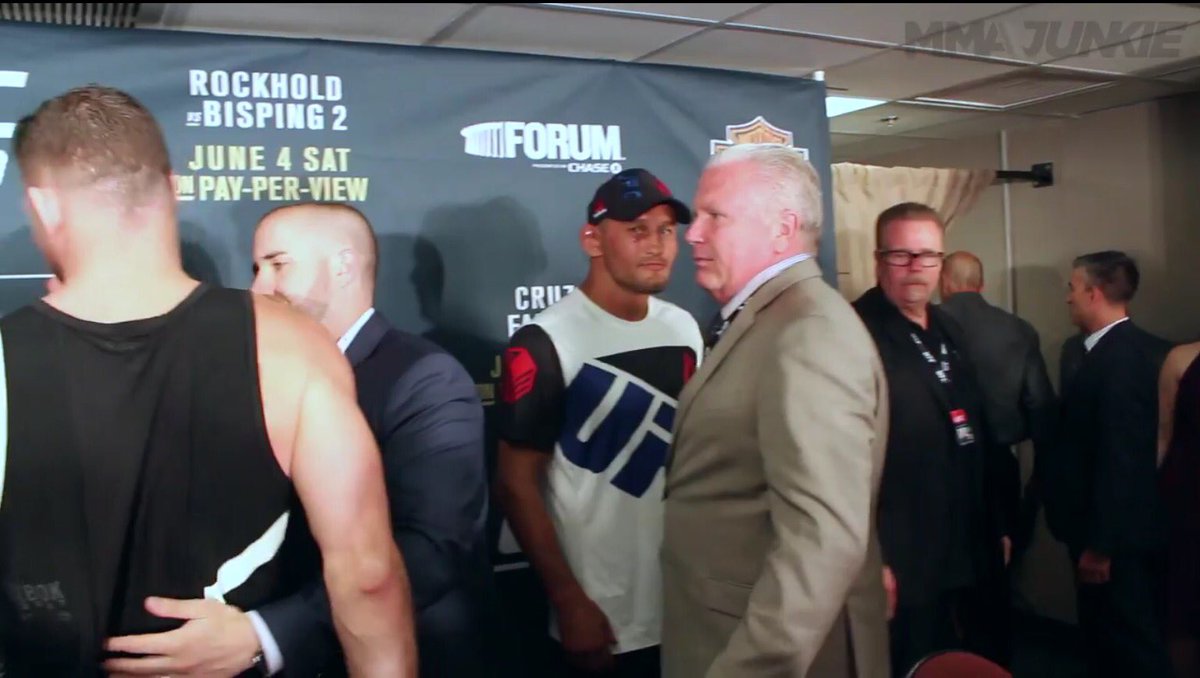 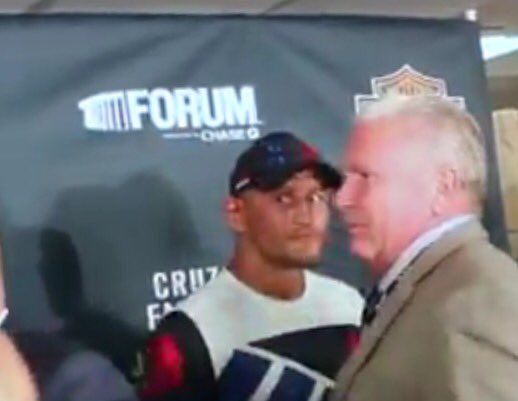